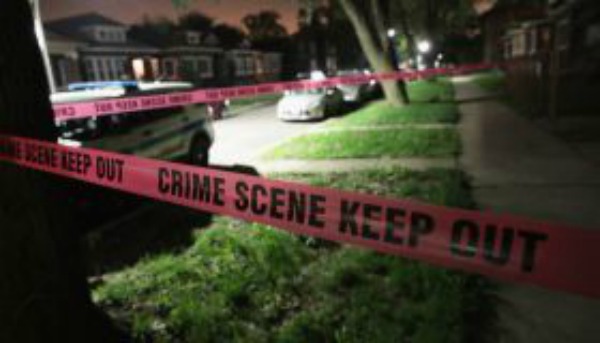 Municipalities and their insurance companies have paid out millions to Black families in high-profile police killings—creating apparently arbitrary price tags that undervalue Black lives. The latest case is in Tulsa, Oklahoma where officials settled with the family of a man who was fatally shot in April 2015 by a White reserve deputy.

Tulsa County settled the family’s federal civil rights suit for a price tag of $6 million for Eric Harris’ life, according to court documents. The volunteer deputy, Robert Bates, shot Harris while other officers had Harris restrained. Bates claimed that he pulled his weapon by mistake, thinking it was his Taser. Bates was convicted of second-degree manslaughter, but he served less than half of his four-year sentence.

“This will send a message that not everybody gets away with it,” said Harris’ brother, Andre Harris, in an interview Friday. “I hope this (settlement) is a deterrent.”

Black men are getting murdered by police officers who are either cleared of wrongdoing or get a slap on the wrist, usually dismissal from the police force. Local government officials, typically with no apology to families, are writing checks and moving on with their lives. The settlement amounts vary, from $6 million for the families of Tamir Rice and Freddie Gray to just $1.5 million for Michael Brown. In between that range, a Minnesota town placed a value of $3 million on Philando Castile‘s life.

Although Andre Harris is pleased with the settlement, he’s not optimistic that it will make a difference in the relationship between Tulsa’s police officers and the Black community they serve. Indeed, for Tulsa’s Black community the money is just a salve for a much deeper problem that’s all too common across the nation.

Blacks in Tulsa are routinely the victims of police racial profiling and targets for police use of force, according to a Tulsa Worldinvestigation. The police arrested and cited Black people at rates greater than non-Blacks between 2012 and 2017. African Americans accounted for 21 percent of the citations issued by Tulsa police in 2016, but Blacks comprise just 15 percent of the city’s population.