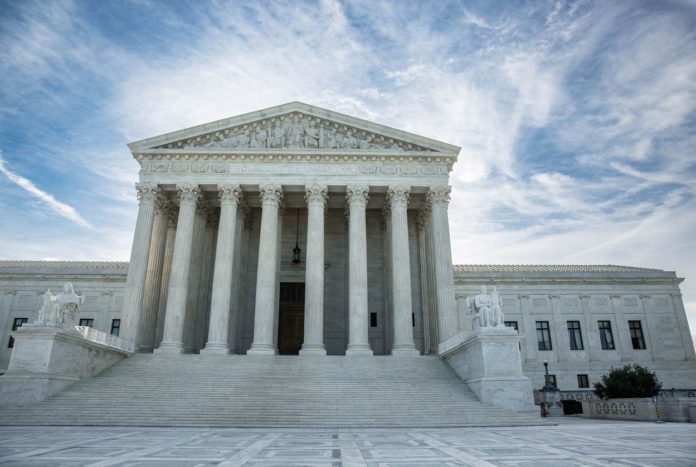 Extinguishing the possibility that Texas could be placed back under federal electoral supervision, the U.S. Supreme Court on Monday pushed aside claims that lawmakers intentionally discriminated against voters of color when they enacted the state’s congressional and state House maps.

In a 5-4 vote, the high court upheld 10 of 11 congressional and state House districts that the maps’ challengers said intentionally undercut the voting power of Hispanic and black voters, oftentimes to keep white incumbents in office. The Supreme Court found that the evidence was “plainly insufficient” to prove that the 2013 Legislature acted in “bad faith” when it enacted the districts. 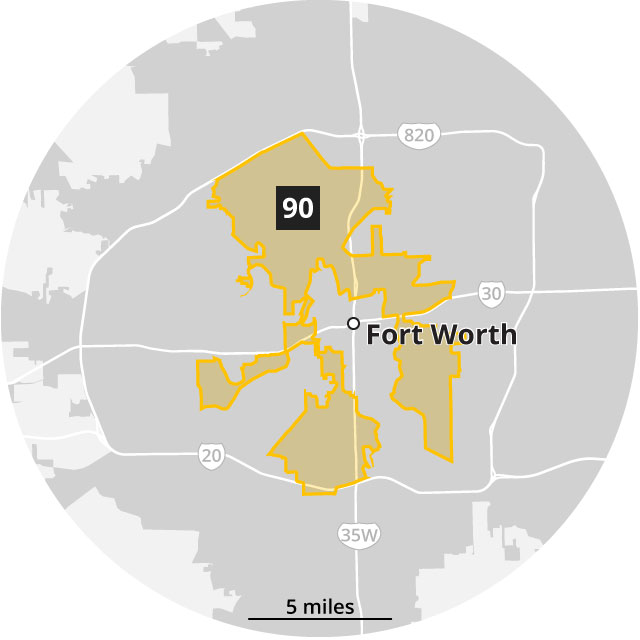 The one exception was Fort Worth-based House District 90, which is occupied by Democratic state Rep. Ramon Romero and was deemed an impermissible racial gerrymander because lawmakers illegally used race as the predominant factor in deciding its boundaries.

The Supreme Court’s ruling, which keeps all but one of the state’s districts in place through the end of the decade, is a major blow to the maps’ challengers — civil rights groups, voters of color and Democratic lawmakers — who have been fighting the Republican-controlled Legislature’s adjustment of district boundaries since 2011.

That year, Republicans were forced to grapple with how to redraw the state’s political maps to account for 2010 U.S. census numbers that showed that the state’s demographics were shifting against them. Most of the state’s growth was attributable to people of color, particularly Hispanics, who are more likely to vote for Democrats. Still, lawmakers managed to redraw electoral maps to add more Republican-friendly districts, particularly in Congress where Republicans gained three surefire districts and Democrats gained just one.

The maps lawmakers first drew in 2011 to account for that growth never actually went into effect because they were immediately tied up in litigation over claims they were unfair to voters of color.

The current litigation focused instead on Republicans’ actions in 2013, when lawmakers adopted temporary maps that a three-judge federal panel in San Antonio had ordered up in 2012 amid legal wrangling over the 2011 maps.

The San Antonio panel of judges at the time had warned that the interim maps — based largely on the state’s original map-drawing — were meant to be temporary and that districts could still be subject to legal scrutiny. After lawmakers adopted those maps, the lower court ruled that lawmakers intentionally discriminated against voters of color in their 2011 maps and that the 2013 maps were tainted by that same discrimination in places where district boundaries were left unchanged.

But on Monday, the conservative majority of the Supreme Court sided with the state’s lawyers who had argued that they could not have discriminated against voters of color in 2013 because they simply “embraced” maps that the lower court had deemed were okay.

Writing for the majority, Justice Samuel Alito echoed conservatives’ remarks during oral arguments that state lawmakers had earned the presumption of good faith when they leaned on the map the lower court approved, which “gave the Legislature a sound basis” for believing that the maps were legally sound. Alito pointed to the lower court’s “careful analysis” of legal claims at play and “detailed examination” of individual districts, some of which were modified.

“Its work was anything but slapdash,” Alito wrote. “All these facts gave the Legislature good reason to believe that the court-approved interim plans were legally sound.”

HD 90, which the high court upheld as a racial gerrymander, was virtually the only district that lawmakers significantly readjusted in 2013.

Alito also said the lower court “committed a fundamental legal error” when it held the 2013 Legislature liable for not curing any “unlawful intent” behind the 2011 maps.

Even if the lower court found the 2013 Legislature acted with discriminatory intent, “the problem is that, in making that finding, it relied overwhelmingly on what it perceived to be the 2013 Legislature’s duty to show that it had purged the bad intent of its predecessor,” Alito noted.

Joined by the court’s three other liberal justices, Justice Sonia Sotomayor denounced the majority’s opinion as a “disregard of both precedent and fact” in light of the “undeniable proof of intentional discrimination” against voters of color.

“Those voters must return to the polls in 2018 and 2020 with the knowledge that their ability to exercise meaningfully their right to vote has been burdened by the manipulation of district lines specifically designed to target their communities and minimize their political will,” Sotomayor wrote. “The fundamental right to vote is too precious to be disregarded in this manner.”

In siding with the state, the Supreme Court tossed out claims of intentional vote dilution in state House districts in Nueces County and Bell County, as well as claims that Hispanic voters were “packed” into Dallas County districts to minimize their influence in surrounding districts. The high court also rejected challenges to Congressional District 27 — where the lower court said lawmakers diluted the votes of Hispanics in Nueces County — and Congressional District 35, which the lower court flagged as an impermissible racial gerrymander.

But perhaps most significant on the voting rights front was the Supreme Court’s ruling that the state could be not be held liable for intentional discrimination of Hispanic and black voters.

The Texas redistricting case was largely seen as a possible test case for the effectiveness of the Voting Rights Act after the Supreme Court in 2013 gutted the portion of the law that for decades required Texas and other states and localities to obtain the federal government’s permission to change their election laws, a safeguard for voters of color called preclearance. The Supreme Court wiped clean the list in 2013 and lifted federal oversight for Texas and other jurisdictions, noting that conditions for voters of color had “dramatically improved.”

But the court left open the possibility that future, purposeful discrimination could mean a return to preclearance. And the lower court’s finding of intentional discrimination in the Texas redistricting case was key to efforts by advocates for voters of color to persuade the courts to put Texas back under federal oversight of its election laws.

After years of litigation, Monday’s loss in the redistricting case — coupled with failed efforts to challenge the state’s voter identification law on discriminatory grounds — nixes the possibility that the state will be placed back under preclearance.

Texas Attorney General Ken Paxton, whose office defended the maps in court, praised the ruling as a win for Texans who want the “power to govern themselves.”

“The court rightly recognized that the Constitution protects the right of Texans to draw their own legislative districts, and rejected the misguided efforts by unelected federal judges to wrest control of Texas elections from Texas voters,” he said in a statement.

For those challenging the maps, the ruling is a disappointing outcome to a seven-year-long legal fight that will deny voters of color fair representation.

“It’s difficult to reconcile this ruling with the factual findings of the court below — that voters of color were intentionally packed and cracked — and the lived experience of our clients,” said Allison Riggs, senior voting rights attorney with the Southern Coalition for Social Justice, who represented some of the map challengers.. “Unfortunately, most voters in Texas will have to wait until the next redistricting process to get chance to have fair districts and the relief they deserve.”