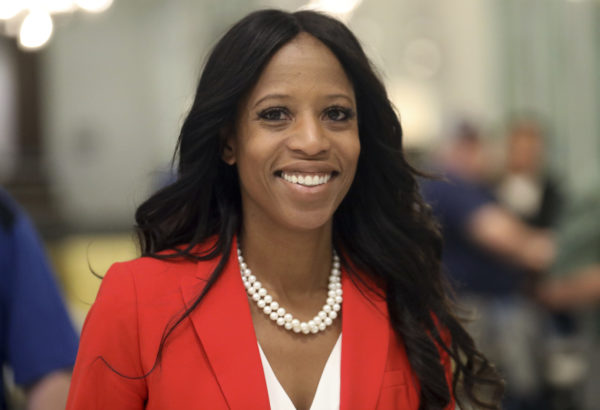 Republican U.S. Rep. Mia Love sued Wednesday to halt vote counting in the Utah race where she is narrowly trailing her Democratic challenger.

The campaign’s poll monitors have seen instances where a ballot was approved even though the signature did not appear to match the one on file, the suit claimed.

Love campaign attorney Robert Harrington says in a statement that they’re “not accusing anyone of anything” but have seen a few cases that call for increased scrutiny.

No hearing was immediately set in the case.

Love’s challenger, Ben McAdams, is leading Love by less than one percentage point as vote-counting continues in the race that remains too close to call a more than a week after Election Day. McAdams is the mayor of Salt Lake County, where most voters in the district live.

His campaign did not immediately comment on the lawsuit.

Utah law allows challenges to a voter’s eligibility, but it is unclear how that applies to mail-in balloting recently adopted by most counties in the state. Utah Elections Director Justin Lee declined to comment.

It’s not the first lawsuit Swenson’s office has faced from Republicans this election cycle. A few days before the vote, two GOP candidates accused her of failing to send thousands of ballots to voters in a timely manner, but the case was tossed out after one hearing.

A similar lawsuit was filed in New Mexico on Tuesday by a Republican who lost her bid for a U.S. House seat. Yvette Herrell asked a county judge to impound absentee ballots so her campaign could inspect them after the county canvassing board certified that Democrat Xochitl Torres Small had won.