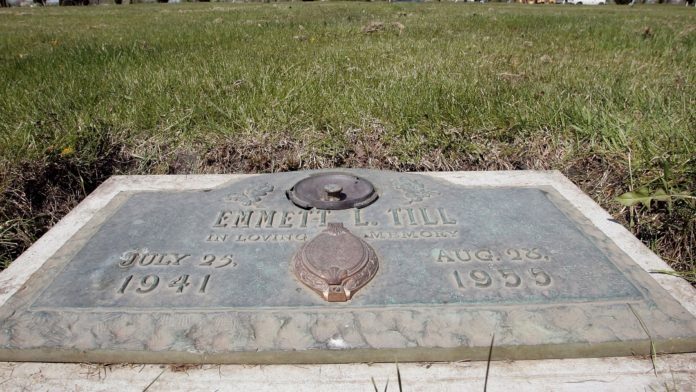 Vandals are committed to attacking the memory of Emmett Till, the Black teenager whose death galvanized the Civil Rights Movement, as those who vow never to forget Till’s lynching debate how to move forward.

Someone shot at the sign that marks where Till’s body was recovered from the Tallahatchie River in Mississippi—just 35 days after it replaced the previous sign that was also struck with multiple bullets, the Clarion Ledger reported on Friday.

The fact just 35 days after the sign, at the sight of the Emmett Till murder, was replaced, it was shot again. How long will our state continue to look backwards rather than forward? https://t.co/Szm0IVvaav

Till was only 14 years old when he was brutally lynched in 1955. The Chicago native was visiting family in Mississippi when Roy Bryant and another white man abducted Till in the middle of the night for allegedly whistling at Bryant’s wife. Days later, the teenager’s body was found floating in a river. He was beaten viciously and shot in the head. Till’s mother wanted the world to know what was done to her son. She told the funeral home not to fix up his body, which was place in an open casket.

“Our mission is to continue to tell the truth as it concerns the Emmett Till story. We are saddened by these events but are unwavering in our commitment to truth and racial reconciliation,” said Patrick Weems, co-founder of the Emmett Till Interpretive Center, who wants to replace the sign for what would be the fourth time.

Others argue that replacing the sign is not the best way forward. Leaving the bullet holes speaks volumes, they contend.

“The bullet holes bear eloquent witness to the fact that work remains to be done, that the memory of Till’s murder still cuts a rift through the heart of the modern day Delta,” stated Dave Tell, who authored the book Remembering Emmett Till.