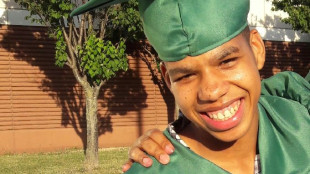 Surveillance video shows an off-duty Chicago police officer shooting and wounding an unarmed autistic black teenager in an incident the police department had described as an armed confrontation.

The video released Tuesday by the Civilian Office of Police Accountability shows Sgt. Khalil Muhammad shooting then-18-year-old Ricardo Hayes around 5 a.m. on Aug. 13, 2017. Hayes can be seen running along the sidewalk then stops. Mohammed pulls up alongside, with parked cars between them, and gets out. Hayes steps toward the vehicle and Mohammed shoots him in the arm and chest. Hayes turns and runs.

A lawsuit filed by the American Civil Liberties Union says Hayes had wandered away from home and that his caretaker had called police informing them he is autistic.

Karen Sheley of the ACLU of Illinois says the video shows “there was no justification for the officer to shoot.”