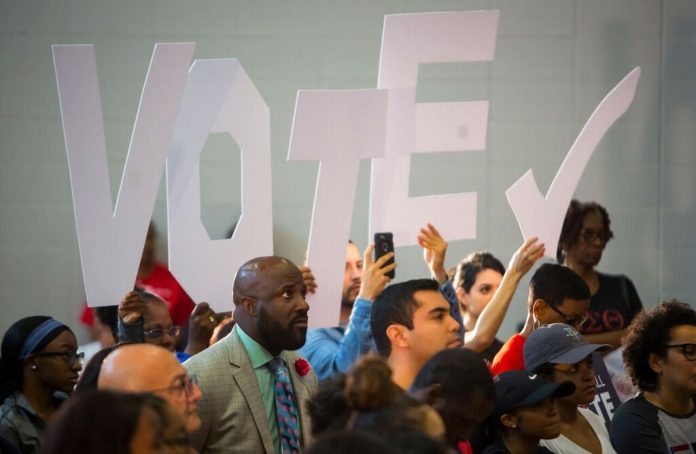 There was a big win for African-Americans on Election Day even as tight election races appeared to minimized the anticipated Black wave.

Florida voters approved Amendment 4, which automatically restores voting rights for people who served their time in prison for felony convictions.

“The passage of Amendment 4 tonight in Florida is a victory for democracy. An estimated 1.4 million people will now have a second chance and be able to exercise their right to vote, having paid their debt to society by completing their sentences. We applaud the people of Florida for making the right choice tonight,” People For the American Way said.

Florida, which banned more felons from voting than any other state, was blocking 21.5 percent of African Americans from casting ballots, achieving the goals of felony disenfranchisement laws that were historically intended to reduce Black voting power.

Looking ahead to the 2020 elections, there’s plenty of reason for Republicans to stay awake at night worrying about the potential political impact of Amendment 4. With voting rights restored, an estimated 258,060 felons would likely register as Democrats and just 46,920 would join the Republican Party, according to a study reported by the Sentencing Project.

In the purple state, where presidential elections and statewide races are usually razor thin, this could swing elections in favor of Democrats. President Donald Trump won just 1.3 percent more votes than Hillary Clinton in 2016.