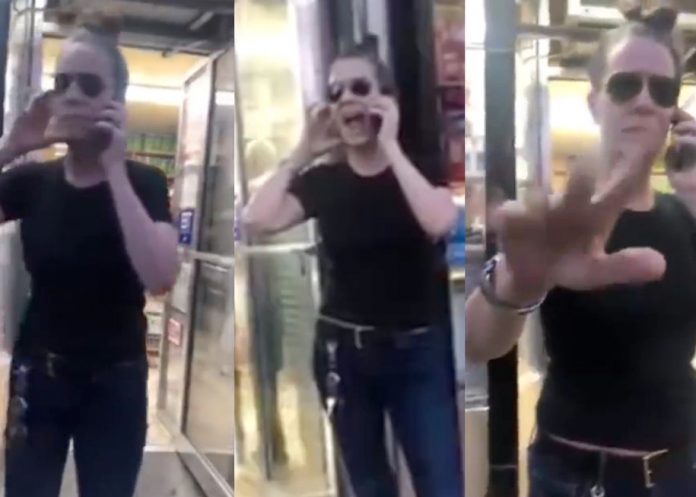 Viral video of a white woman calling the cops on a Black child who allegedly brushed against her inside a New York City store has sparked outrage across social media.

The minute-long clip begins with the woman standing outside the bodega with the phone pressed to her ear, telling police she was “sexually assaulted” by the little boy. It’s unclear what took place before the video started rolling.

“No, I want the cops here right now,” she says amid screams from the child and his younger sister. “That’s right, the son grabbed my ass.”

The woman proceeds to tell authorities that the child’s mother started yelling at her and was recording her on her phone. At one point, she even waves and smiles at the camera. Meanwhile, bystanders on the street stop to record the chaotic scene.

The boy then begins to cry as the reality of the police being called sets in. A man is heard trying to comfort the child, telling him, “don’t cry little man.”

A woman then chimes in: “Who the hell would wanna touch her flat ass?! Go home. No one wants to touch your flat ass.”

“They are really bold nowadays smh chile … the privilege,” wrote another. “Honestly we have to stop recording and saying “look how hard we have it” and start rocking they jaws again.”

Others expressed sadness for the children, one woman writing, “This broke my heart. Those children were petrified. Omfg.”

Another user agreed, adding that the child’d cries had her ready to “jump thru the phone.”