DefenderNetwork.com
Home NEWS National Why are white men so angry? 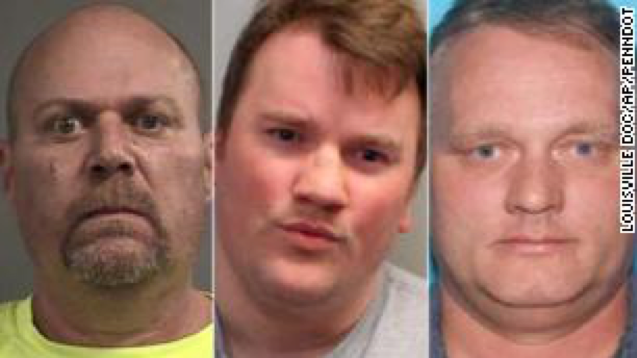 “We’re not generating enough angry white guys to stay in business for the long term,” he said, while attending the 2012 Republican National Convention.

No one is making that complaint anymore.

Lately, the news seems filled with grim mug shots of angry white guys. A white man allegedly kills two Black people at a supermarket after failing minutes earlier to enter a Black church. Another opens fire at a yoga studio, killing two people and injuring five more before turning the gun on himself. And a third is accused of massacring 11 worshippers at a synagogue, afterward yelling, “I just want to kill Jews.”

Yet during this same period, Trump and others have warned Americans of another threat: a caravan of Latino migrants headed toward the United States to seek asylum. They’ve alternately said the caravan is filled with gang members, “Middle Easterners” and even people with rabies. Trump also announced plans to deploy as many as 15,000 US troops to repel the “invasion” and warnedthat if any of the caravan’s migrants threw rocks at troops, they could be shot — a threat he later denied.

No one is saying the recent spate of shootings can be blamed on the GOP. But the contrast between the terror that many Americans actually experience and the specter of violence that Trump invoked is a classic example of an insidious form of racism that some say is pervasive, though seldom acknowledged.

Some white men, such as white nationalists who rallied last year in Charlottesville, Virginia, say they are in danger of being replaced by nonwhites, even though they still make up the vast majority of the country’s CEOs, billionaires and political leaders.

Psychologists have a name for this kind of pattern. It’s called projection and happens when people or groups of people project hidden or repressed elements of themselves onto others. But if you’re a member of a group that’s been deemed “the other” by an angry white man, like Ijeoma Oluo is, this pattern is business as usual.

There is nothing more frightening to her than an angry white man, she writes in an essay that went viral called, “The Anger of the White Male Lie.”

Oluo wrote that she constantly lives with the fear that the anger of white men can turn violent toward her and “countless other Black people, brown people, disabled people, queer people, trans people, and women of every demographic.”

“Oh, it’s really everywhere,” says Olou of this anger. “Every single day it becomes more of a problem. We have pipe bombs,” she says. “We have shooting in synagogues. It’s literally killing people.”