DefenderNetwork.com
Home NEWS National Why Biden & Obama could not remain silent after Charlottesville 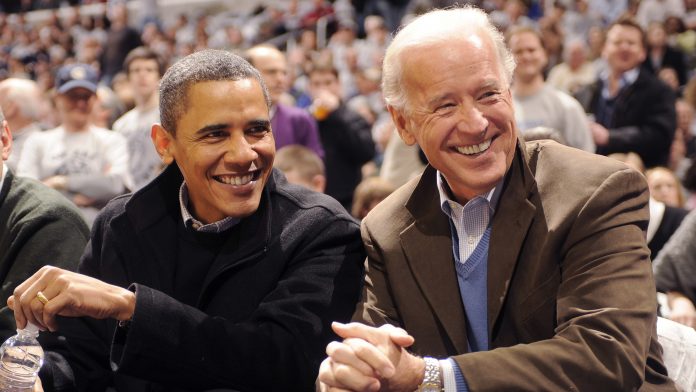 Former Vice President Joe Biden—who still shares a bromance with former President Barack Obama—told a dinner in Washington Saturday that the two agreed to keep quiet after the 2016 general election to allow the Trump presidency to gain a footing, according to the Huffington Post.

But those plans went out the window when a white supremacist rally in Charlottesville, Va., turned into a parade of hate and rage and left a 32-year-old protester dead, Biden told the annual dinner of the LGBTQ rights group the Human Rights Campaign.

“Barack and I agreed to remain silent for awhile to give this administration a chance to get up and running the first year,” the Huffington Post wrote. “God, forgive me.”

Protester Heather Heyer died during the Unite the Right Wally in August 2017 in Charlottesville when a participant drove his car into a parade of anti-racism demonstrators. Trump was roundly criticized for saying that there were “fine people on both sides of the rally’s philosophy. Critics felt Trump should have taken as harsh a stand as he has on supporters of equality and diversity.

James Fields of Maumee, Ohio, has been indicted in connection with Heyer’s death.

“We have leaders who at the time when that occurred, when these guys were accompanied by white supremacists and Ku Klux Klan … making comparison saying there are good people on both groups,” Biden said. “What has become of us? Our children are listening. Our silence is complicity.”

Biden, whose name has been circulated as a potential presidential candidate in 2020, began speaking out against President Trump last year, saying America was headed down a “very dark path.”

Democrats have noted Obama’s absence from the public eye since he left the White House, but he stepped out into the campaign earlier this month in a speech at the University of Illinois – Urbana Champaign.