DefenderNetwork.com
Home NEWS National Why is the mystery Dominican Illness killing so many Black people? 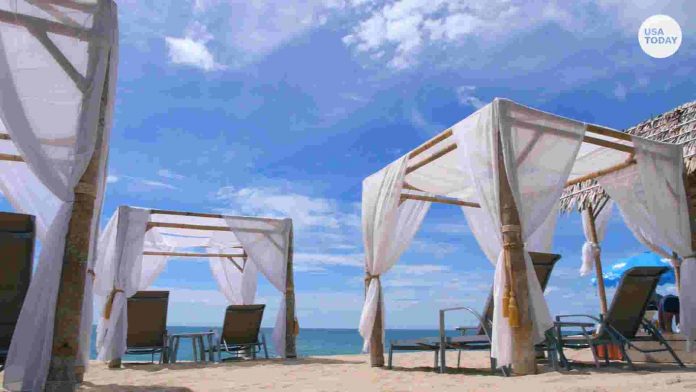 The announcement on Wednesday that a Denver man died in the Dominican Republic brought the death toll to at least 14 Americans who have died there recently. But while the mystery illnesses that seem to be at the center of the deaths were confounding doctors and family members alike, one other thing that seemingly also couldn’t be answered was why so many of the people dying are Black.

Eight of those 14 people were Black Americans, including Khalid Adkins, who had been vacationing in Punta Cana last week. His death was reported Wednesday in the Denver Post. “When he tried to fly back to the United States on Sunday he was forced to get off the plane because he was so unwell,” the Post wrote. It was unclear when Adkins died, but the local Fox affiliate reported on Tuesday night that he had fallen ill. By the next day, the Denver Post confirmed he died.

Doctors reportedly attributed Adkins’ death to kidney failure, though it was unclear how his kidney(s) came to stop operating.

A similar diagnosis was reached in the death of Donette Edge Cannon, a 38-year-old Black woman from New York City who fell ill with a violent stomach sickness on her trip to Punta Cana month. In Cannon’s case, the autopsy determined she died from kidney failure, but the medical examiner’s report “but it never addressed what initially got her sick in the first place,” her sister said.

Cannon’s death was reported days after Joseph Allen died while he was staying at a resort in the town of Sosua, nearly 250 miles northwest of Punta Cana. Allen’s family was demanding answers for what it said could be a “wrongful death.”

As of Thursday, the deaths of Black people in the Dominican Republic in the past year included: Adkins; Allen on June 13;  Edward Nathaniel Holmes and Cynthia Day, both of Maryland, on May 30;  Orlando Moore and Portia Ravenelle, both of Westchester County, on March 27; Yvette Monique Sport, of Pennsylvania, in June 2018; and Cannon in May 2018.

In addition to the deaths, dozens of violent illnesses have been reported by other vacationers. Those reports, however, were seemingly mostly from non-Black people whose sicknesses never progressed to fatal symptoms.

The head of tourism in the Dominican Republic has repeatedly insisted that there was no cause for alarm when visiting the popular Caribbean island nation, USA Today reported.

Garcia said the Dominican Republic wasn’t the only place things like this happen.

“Unfortunately, people die in situations that they don’t want; these things happen and they will continue to happen in the world,” he said before adding, “The worst news is when we are informed that a tourist that has visited the Dominican Republic has died, no matter the cause of death. … We are in mourning with the victim, we are in suffering with the victim, but the Dominican Republic has made a name for itself in tourism.”