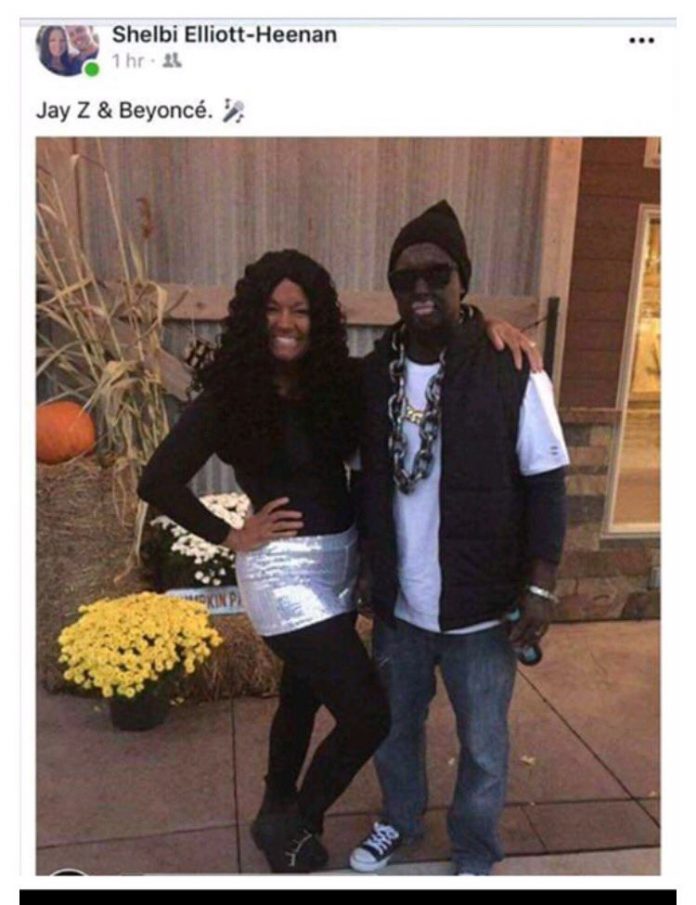 When will white people ever learn? Being Black is not a Halloween costume. Every year, white people make the decision to dress up as “Black people” for Halloween by throwing on some blackface—and every year a flock of them goes viral. The latest is Shelbi Elliott-Heenan from Kansas City, Missouri.

According to KCUR, her now deleted Facebook page refers to her as a nurse, wife and mother. She went in blackface as Beyoncé.

The statement continued, “This information was shared with appropriate health system personnel and an investigation was initiated immediately. While it is against Saint Luke’s policy to comment on specific personnel matters, we can confirm that this individual is no longer a Saint Luke’s employee. Saint Luke’s is deeply committed to our culture of diversity and inclusion. It is fundamental to who we are as an organization and we vigorously protect it on behalf of all our patients and employees and expect those who represent us to do the same.”

Elliott-Heenan has not spoken out, however, according to reporter Andrea Tudhope, the man in the photo has been identified “Jasmond Heenan, Shelbi Elliott-Heenan’s husband. Couldn’t reach him for comment. The h.s. classmate says he took a screenshot of a photo Jasmond posted Saturday. ”