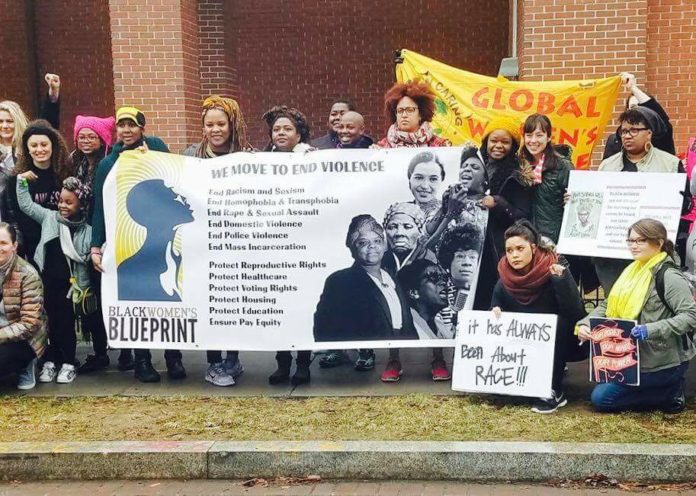 Growing up, Farah Tanis was told she could expect two things once she decided to settle down: either her husband would cheat on her, or he would physically, sexually, or financially abuse her.

It was a message she said she received from women in her family who themselves had experienced abuse in their lifetime. She had relatives who were raped at 12 years old; others were as young as 5.

Tanis grew up in a home where she lived under sexual and physical terrorism, she said, and when she was a child, she became among the generations of women in her family who were victims of sexual violence.

Her experience in an abusive household drove Tanis, 45, into anti-violence work, a space she has been active in for the last 25 years. She previously ran a women’s shelter, and about a decade ago, she and other women began opening up their homes to provide safe spaces for women who were dealing with the pain and trauma of sexual violence. Two years later, she helped co-found a non-profit called Black Women’s Blueprint (BWB), an organization that seeks to empower black women and erase gender, race, and other disparities.

“I think in order to evolve, there’s got to be a period of reflection and way more work done.”

The issue of sexual violence is one that advocates like Tanis, who currently serves as executive director of BWB, have been vigilantly fighting to address and eradicate in communities of color for decades. Yet despite the work they’ve been engaged in for years, it was only in recent months that the issue of sexual violence and its pervasiveness began inundating mainstream media headlines as dozens of female celebrities came forward to speak about the harassment and assault they have experienced in Hollywood at the hands of some of the industry’s most powerful men.

“I think we’ve been dealing with this for a very long time, and although I appreciate that these celebrities are the ones who brought this out, the celebrities are not our god and we can’t place them on a pedestal where they are our gods,” Tanis said. “We have to push to speak on sexual assault, and what’s happening now is that it takes a celebrity to get the word out about our very issues and about the life we experience.”

As an increasing number of women brought forth allegations against Hollywood mogul Harvey Weinstein, actress Alyssa Milano on Oct. 15 posted a tweetcalling on people who had been sexually harassed or assaulted to reply with the words “me too.” The hashtag #MeToo went viral on social media and was widely used on Twitter and across other social platforms; on Facebook, there were more than 12 million posts, comments, and reactions pertaining to ‘me too’ in the first 24 hours, according to The Associated Press.

The following day, Milano acknowledged on Twitter a previous “me too” movement. Established in 2006 by activist Tarana Burke, “me too.” was created for sexual violence survivors, particularly those who are women of color. MeToo creator Tarana Burke: ‘It’s not just a moment, it’s a movement’ 3:10

When #MeToo began going viral, Burke said there was initially some trepidation and uncertainty in what direction it would take and how people would understand how the phrase was used around sexual violence.

“And then it took very little time for us to realize that this is something that’s good because it is expanding our platform,” she said. “It is allowing a space to talk about this issue from the framework that we operate.”

The increased public dialogue about sexual assault, harassment, and violence as a result of women in Hollywood sharing their stories has empowered some survivors to come forward and discuss their own experiences. But some advocates have also expressed concern that the issue of sexual violence only became important because it affected prominent white women.

“Sexual violence has been something that has been around forever and it took something like this where women of privilege and Caucasian women were victimized, and it’s sort of like, ‘Now it’s a problem.’ We’re sort of like, ‘No, this has always been a problem,’ but it just affected women of a lower class, women who are undocumented, women of color,” said Maritza Reyes, director of the sexual assault program at Mujeres Latinas en Acción (MLA), a Chicago-based agency that serves the Latina community.

Reyes added that MLA has never received the amount of attention that is has in recent months, despite the fact its sexual assault services — which include counseling, legal and medical advocacy, and community education — have existed since the early 1990s.

One of the ways organizations like MLA and BWB have worked to continue to address sexual violence is through conducting workshops in their communities to inform people about what that violence looks like and to offer presentations about their experiences with sexual assault.

Late last year, MLA held a workshop at a Chicago elementary school about how to identify child sexual abuse and where to seek help if necessary; among spaces BWB has gone into to discuss sexual assault are churches, senior centers, and shelters.

Instances of sexual violence can be intimidating for women of color to discuss publicly, but by reaching out to the community and talking about these experiences, Tanis said that advocates hope to create a safe environment and opportunity for others to come forward as well.

Brittany Morey, a fourth-generation Chinese American, said she was motivated to share her story on social media after seeing women come forward publicly about their own experiences. As a teenager, Morey said she was raped by her boyfriend and stalked by one of her teachers.

“For me, I would never wish what I experienced to happen to anybody,” the 32-year-old said. “But I do believe that because I’m a survivor and because I have come out on the other side … I feel like it’s almost my responsibility or duty to contribute back in some way to make sure that future generations don’t have to face the same struggles as I did with not having anyone to talk to about their sexual assault or domestic violence experiences.”

According to The National Intimate Partner and Sexual Violence Survey 2010-2012 State Report published in 2017, in the United States, about one in three women have experienced some form of contact sexual violence — which includes rape, sexual coercion, unwanted sexual contact — in their lifetime. For non-Hispanic black women, 35.5 percent experienced some form of contact sexual violence in their lifetime; for Hispanic women, that number was 26.9 percent; for Asian Pacific Islander (API) women, it was 22.9 percent.

Despite these figures, however, a 2016 report by the Bureau of Justice Statistics found that only 22.9 percent of rape or sexual assault were reported to police; between 1994 and 2010, more than half of rape and sexual assault against females were not reported to the police; and from 2005 to 2010, the most common reason victims did not report the crime was fear of retaliation.

For communities of color, the underreporting of sexual violence can be attributed to reasons rooted in specific cultural circumstances, attitudes, and perceptions. Among Asian Americans, The National Intimate Partner and Sexual Violence Survey 2010 report on Intimate Partner Violence in the United Statesreported that 19.6 percent experienced rape, physical violence, or stalking by an intimate partner. For non-Hispanic black women, that number is significantly higher at 43.7 percent.