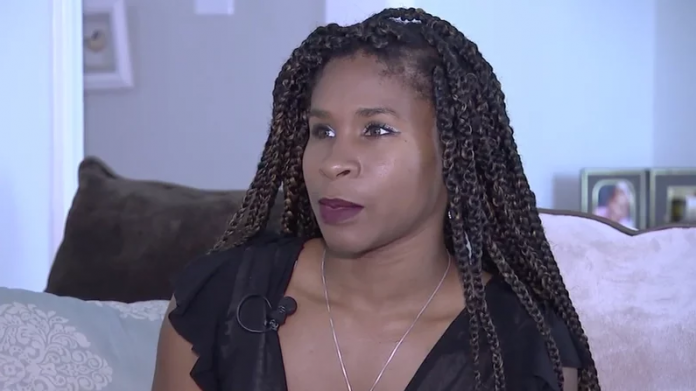 A North Carolina school teacher had no idea that what she did in her personal time would cause her to lose her job.

Kandice Mason was gearing up to start teaching sixth-graders at West Hoke County Middle School when she was unexpectedly suspended for being a part-time pole dance instructor, ABC 11 reported.

“I was really excited. I had already been given my classroom,” Mason explained.

However, a video of Mason pole dancing in her home, which was posted to her private Facebook account, was leaked to the Hoke County Public Schools.

“I’ve worked so hard to try and make sure I can provide for my daughters and our livelihood to have it jeopardized just for doing something that I’m passionate about,” Mason told ABC 11.

Mason explained that pole dancing allows her to “express herself” and provides an additional income for her household.

In addition to teaching and pole dancing, the single mother has a masters in psychology, bachelors in English, and a certificate in phlebotomy.

Mason was suspended from Hoke County Public Schools with pay for violating the school’s “Employee Personal Use of Social Media Policy,” according to ABC 11.

According to the documents given to Mason, “employees are responsible for their public conduct even when they are not performing their job duties as employees of the school system.”

The school also provided ABC 11 with a statement saying Mason was “suspended with pay pending an investigation.”

“It’s just an art for me. I just don’t see it as a negative,” Mason told the news station.

It is unclear at this time as to whether or not Mason will return to teaching.