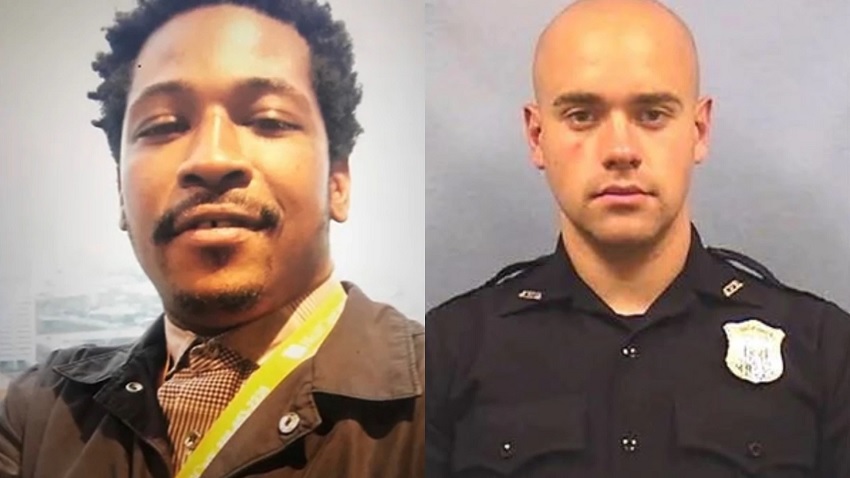 A Georgia prosecutor has moved to have former police officer Garrett Rolfe‘s bond revoked after he left the state for a vacation. He was released on a $500K bond after facing murder charges in the fatal shooting of Rayshard Brooks.

CNN reports that Fulton County District Attorney Paul Howard argued that the former cop violated the terms of his release by taking a trip to Florida without notifying the state of his travel plans.

“The Bond Order … expressly states that the Defendant is only allowed to leave home for medical, legal, or work-related obligations. Thus, (the) Defendant has clearly shown that he will not abide by the conditions of bond imposed by the Court,” the motion reads, according to CNN.

While the district attorney’s office confirms it did receive email notification of Rolfe’s vacation on August 3, his electric monitoring system indicates he left the day before, on August 2.

While he prepares to face criminal charges, Rolfe has his own plan of legal action. According to ABC News, he is suing Atlanta mayor Keisha Lance Bottoms and the interim police chief, claiming his firing violated his constitutional rights and the city code.

TheGrio reports Rolfe was fired no more than 24 hours following the Brooks’ shooting during an attempted arrest. Brooks was reportedly shot in the back after wrestling away Rolfe’s taser and running from two police officers.

Devin Brosnan, the police officer who responded to the scene initially was also fired and faces charges of aggravated assault and violating his oath.

In his lawsuit, filed with the Fulton County Superior Court, Rolfe claims he was terminated “without an investigation, without proper notice, without a disciplinary hearing, and in direct violation of the municipal code of the City of Atlanta,” ABC News reports.

He also makes the argument that his shooting of the fleeing man was “within the scope and course of his duties” in response to “Brooks’ violent, unlawful, aggressive resistance to a lawful arrest.”

Rolfe also details past occurrences of other Atlanta police officers charged with crimes and remaining employed while their charges were pending.

ABC News reports that in the lawsuit Rolfe asks to not only be immediately reinstated but to receive back pay and other professional benefits. It claims Rolfe “has suffered an “irreparable injury to his personal and professional reputation as a result of his unlawful dismissal,” and that he “has become a public spectacle and object of ridicule.”