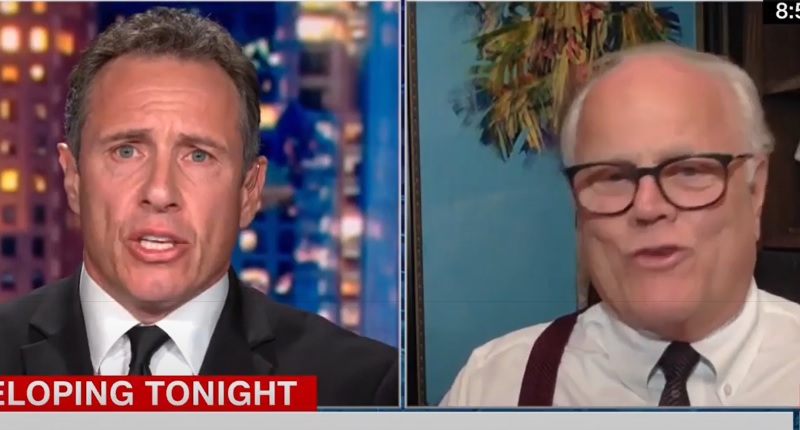 The lawyer for an officer charged in George Floyd’s fatal arrest appeared on Chris Cuomo’s CNN show Monday night to profess his client’s innocence, but he earned Cuomo’s criticism for suggesting that bystanders could have intervened.

Earl Gray relayed details of the arrest garnered from his client Thomas Lane’s body-camera footage, which has yet to be released to the public.

Lane has been charged with aiding and abetting second-degree murder in Floyd’s death, the same charge as the former officers J. Alexander Kueng and Tou Thao.

Derek Chauvin, the senior officer who kneeled on Floyd’s neck for more than eight minutes, has been charged with second-degree murder. All four officers were fired over Floyd’s arrest.
In the CNN interview, Gray argued that Lane didn’t “have a real good view” of what was going on since he was busy holding down Floyd’s feet and another officer was positioned between him and Chauvin.

Gray then criticized the bystanders for not intervening.

“If the public is there and they’re so in an uproar about this, they didn’t intercede either,” Gray said.

The attorney for one of the officer’s charged in George Floyd’s death says that if the public is so concerned about Floyd’s death, why didn’t any citizen witnessing the incident intervene. What?!! pic.twitter.com/JzTBzCZSOB

This immediately prompted Cuomo to interrupt, saying: “Two things — one, you’re laying on a man’s legs, you’ve got a fine view of what’s going on with that man. The other officer is literally a foot in front of you on his neck.

“And the idea that the civilians should have rushed in to a policing situation in the inner city of Minneapolis against four police officers that have weapons and are kneeling on the neck of a man — don’t you think that’s asking a little much of civilians and a little too little of your client?”

Gray then seemed to row back his comments, saying: “Absolutely. I’m not, I just brought that up.”

Also in the interview, Gray said that if the public saw Lane’s full body-camera footage, “they would have a different opinion” of his client, who he said “thought he was following the protocol of the Minneapolis Police Department.”

Gray said the video showed his client twice asking his senior officer, Chauvin, whether they should roll Floyd onto his side when Floyd complained he couldn’t breathe — an argument he also made in court last week in a failed attempt to lower his client’s bail.

“He thought what he was doing was right and he was trying to suggest to Chauvin that maybe we should roll him on his side,” Gray said, adding that Lane was concerned Floyd was in a state of delirium.

Gray also said that Lane was on just his fourth day as a full-time officer and that Chauvin, a police veteran, was his senior training officer.

In last week’s a court hearing, Gray had said: “What was my client supposed to do but follow what his training officer said?”

Gray went on to say that Lane showed compassion by getting into the ambulance with Floyd and performing CPR on him.

“What’s telling, what’s compelling, is when the ambulance comes, my client goes in the ambulance,” Gray said. “Four days on the force, goes in the ambulance and starts his own CPR, pushing down on the chest, which he did for a lengthy period of time, until he got the machine up, attempting to revive Mr. Floyd.”
“He didn’t want to see the man die.”

Lane’s next court appearance is scheduled for June 29.

Before becoming a police officer, Lane had collected a list of criminal charges and traffic citations, according to records obtained by Insider’s Haven Orecchio-Egresitz.