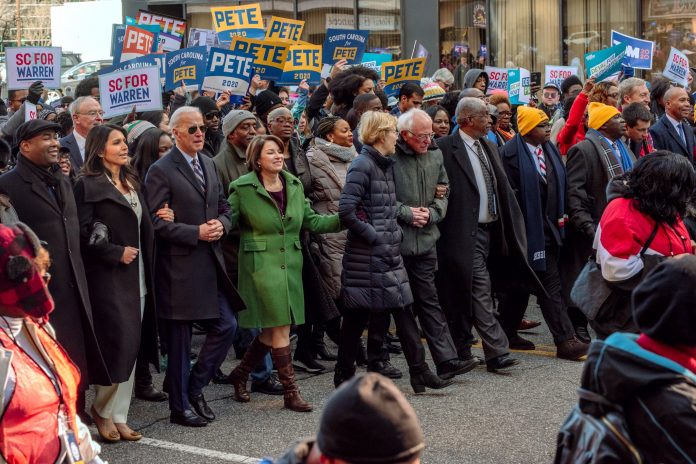 Democratic presidential candidates hit pause on their recent feuds Monday as they walked shoulder to shoulder through the streets of South Carolina’s capital city to honor the legacy of Martin Luther King Jr. and rally around their push to defeat President Donald Trump in November.

The truce was illustrated when Bernie Sanders and Elizabeth Warren shook hands at Zion Baptist Church, then linked arms as they marched with the other candidates later in the morning. It was a gesture that didn’t materialize last week on a debate stage where the leading progressive candidates sparred over whether Sanders once privately said a woman couldn’t be president. Warren declined to shake Sanders’ outstretched hand after the debate.

For a few hours at least, the squabbling among the White House hopefuls over who is best positioned to defeat Trump gave way to a united condemnation of how they perceive he has handled America’s racial divide. Sen. Amy Klobuchar said there aren’t “‘many sides’ to blame when one side is the Ku Klux Klan,” referencing Trump’s comments following a deadly 2017 clash between white supremacists and anti-racist demonstrators in Charlottesville, Virginia.

There were many fears going into Monday’s gun rights rally in Virginia.

For starters, it isn’t exactly the best look for a rally featuring the MAGA crowd to be held on Martin Luther King Jr. Day. Granted, Lobby Day in Virginia has traditionally been held on MLK Day in Virginia. Add in to the fact that just this past weekend a group of white supremacists were arrested on their way to the rally, it seemed like fears of Charlottesville repeat could come true. Thankfully, that was not the case.

The Washington Post reports that the rally ended peacefully and with no injuries or arrests. 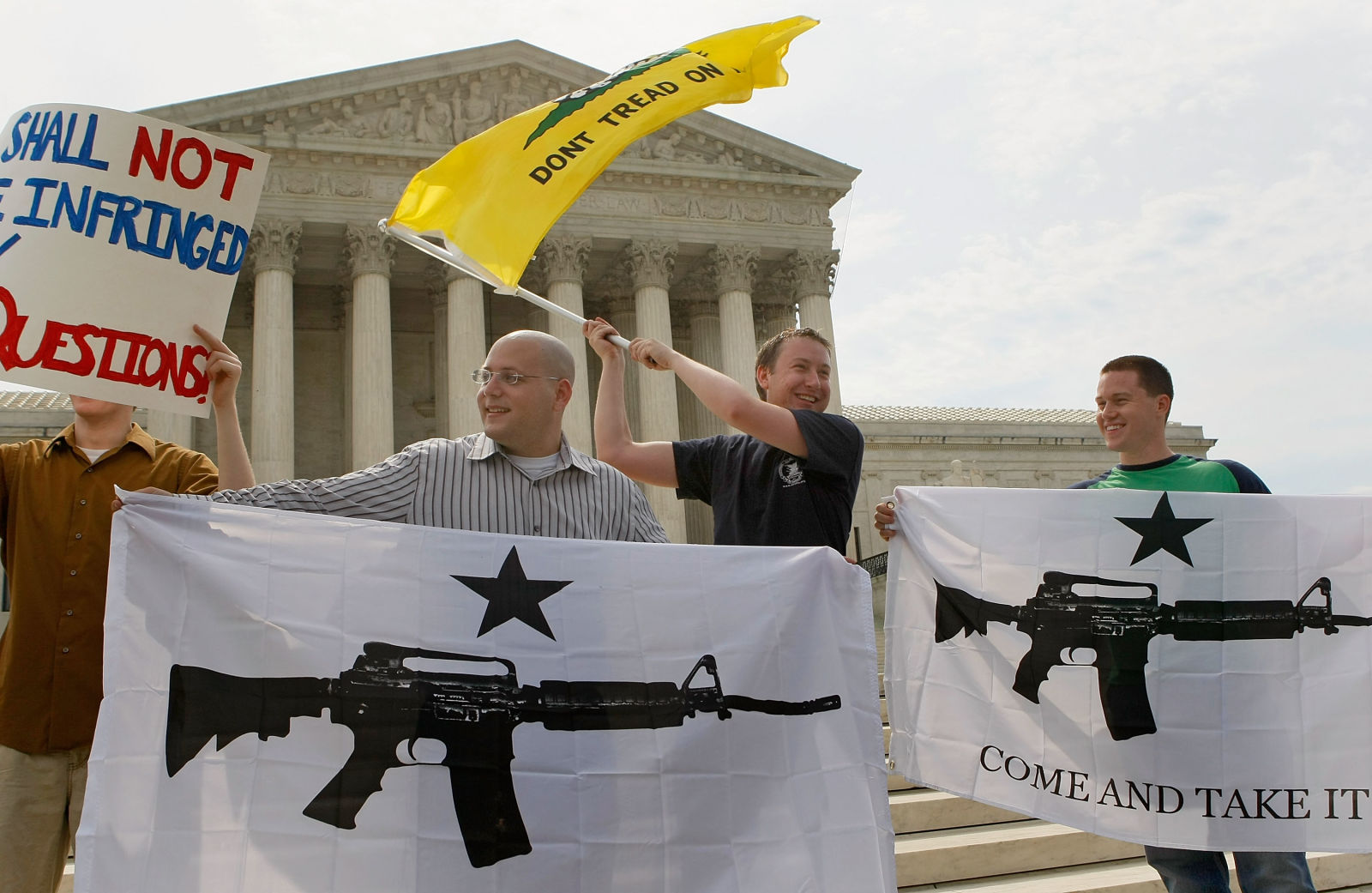 The rally had hundreds of attendants lined up as early 5 a.m. before the gates would officially open at 7 a.m. The rally would draw over 6,000 attendants from across the state.

The attendants were protesting Virginia’s Democratic Governor Ralph Northam’s effort to enact stricter gun control. The Virginia General Assembly was flipped to have a democratic majority for the first time since 1996 in the 2019 elections.

Gun control has been a major part of their platform after a mass shooting last May at Virginia Beach. The rally started at 10 a.m and had about an hour of speeches before everything wrapped up. The Post noted that some of the crowd actually started to disperse during the speeches.

Despite the massive attendance at the rally, a Washington Post poll from October shows that the majority of Virginian’s are in favor of stronger gun control policies. The poll showed that 88 percent of Virginian’s approve of universal background checks and 82 percent approving “red flag” laws that would allow the government to remove guns from someone deemed dangerous.