DefenderNetwork.com
Home NEWS National Opinion: What to the African American is the Fourth of July?’ 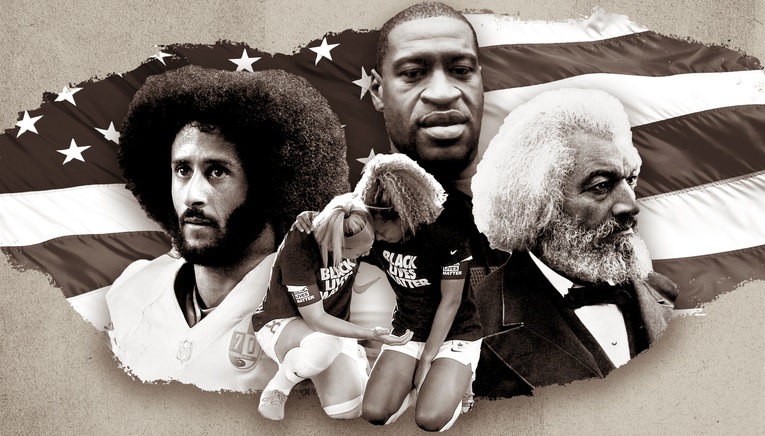 Anthony D. Owens, 54, Upper Marlboro, Md: As our nation begins to fire up the grills and sit around park benches to celebrate the annual Fourth of July holiday, I am reminded of a speech Frederick Douglass gave July 5, 1852, titled, “What to the Slave is the Fourth of July?”

Today, 168 years later, I ask a similar question: What to the African American is the Fourth of July?

In my family, any celebration of Independence Day is marred by a painful and tragic story that has been passed down to my generation.

On July 4, 1930, my grandfather-in-law, John A. Robinson, age 17, along with his brother Phil, had to run away from their home because of a relative’s dispute over a car battery with a white store owner. That dispute led to the Race Riot of 1930 in Emelle, Ala. In the violence that ensued, John A. Robinson’s father, John Newton Robinson, who was a preacher, landowner and businessman, was shot and killed on his front porch, and his house was burned to the ground. John A. Robinson’s cousin, Esau Robinson, was tied to a tree and lynched.

A large mob of local white men — led by the sheriff — were looking to run every black person with the last name Robinson out of town. The riot and lynching were documented across the country. Even Time magazine, in its July 14, 1930, edition, wrote about the murder as Lynching No. 9.

Every year on your “Independence Day,” my grandfather-in-law was reminded of the abrupt and tragic end of his father and cousin. When others saw fireworks, he saw gunfire and the burning of his family home.

So what to the African American is the Fourth of July? A day that reminds us more than all other days in the year of the injustices that still prevail in America. You celebrate monuments involuntarily built by people of color. To me, it’s an annual reminder that while we have accomplished many things since landing in Jamestown, Va., in 1619, we still have a lot of work ahead before Independence Day can be embraced by all and not just a chosen few.

Sharon Brooks, 54, Tallahassee, Fla.: Black people have fought and died in every war since the Revolutionary War, when some slaves were even promised their freedom for fighting in place of their masters. Black soldiers have had to face the evils of segregation and discrimination while serving. I hope the entire military will take a long hard look at its history and end the systemic racism that still affects it. For example, there are disparities between how black and white veterans receive health care and even are awarded disability ratings. The disparity is even greater for black female veterans. I myself am an Air Force veteran who has had to deal with racism in the military. But like so many black soldiers before me, I have put on the uniform and proudly served a country that I still am fighting to be equal in.

Danielle Romero, 34, Nashville, Tenn.: My 5th-great-grandfather, Nöel, was purchased for $1,700. In 1822, he sued for his freedom, and won. Nöel was a slave in Louisiana and his master, Antoine Coindet, had just passed away. The conditions of Nöel’s 1817 bill of sale stated that upon the death of his owner, he would be emancipated.

Three months after Coindet’s death, he remained enslaved. Nöel took the estate executor to court and won his freedom (Nöel Coindet v. Benjamin Metoyer). But he didn’t stop there. He emancipated his 6-year-old daughter, Marie, as well. She cost $350. He paid it off in two installments.

I have checked off “white” on forms my entire life. Maybe not everyone saw me that way, but you are whatever you have been told that you are. I recently discovered that I, and my entire family branch, became “white” when my great-grandmother, Lola, who was likely considered a “Creole of color,” married an Irish New Yorker.

After unearthing her story, I began a frantic search for my identity. Who could tell me what I was? I spent hours poring over documents and census records. Around that time I had my first child. I obsessed about articulating my identity because now my daughter’s identity was in question as well. The stakes felt so high to me.

Race is everything in America. Where would I land? I found that I, like my country, had a servile relationship to racial identity. I, and we, need desperately to be freed from it.

Mira Ruth Rubens, 61, Brooklyn: I’m a 61-year-old public elementary school teacher, and I went to public school, college and graduate school in New York City, and I read books and newspapers, and I never knew what Juneteenth was, or about the Tulsa Race Massacre, or the Wilmington Massacre, until weeks ago. I also heard someone say recently that black history is American history, and I now understand that they are right. I’m taking to heart the urgency of educating ourselves about racism. I want our elementary, middle and secondary school social studies curriculum overhauled to center the black experience in the United States.

We can only unlearn our racist system by learning about it.

David L. Allen, 47, Alexandria, Va.: I got an “I Can’t Breathe” tattoo on my chest back in 2015, probably a year after these words were choked out of Eric Garner. My three biracial boys have seen it plenty of times, but we’ve never discussed what it means or why I have it.

We were talking about George Floyd recently when my 10-year-old asked me about the tat. “Those were George Floyd’s last words,” he said. “But you’ve had that tattoo for a while. How did you know he was going to say that?”

I could see his mind working as I was formulating an age-appropriate answer. And before I could respond, he said, “Oh, I know. This has happened before.”

I want to be excited about the peaceful protests and nonviolent demands for change. I hope change is coming. Really, I do. But what I am is tired. I’m tired of still hearing, “It’s heritage, not hate.” I’m tired of still reading, “Well, how many of them shot one another in Chicago last weekend?” And I’m tired of expecting that I’ll be long gone before my kids, their kids or anyone down the line are seen as equal to some of my friends’ kids.