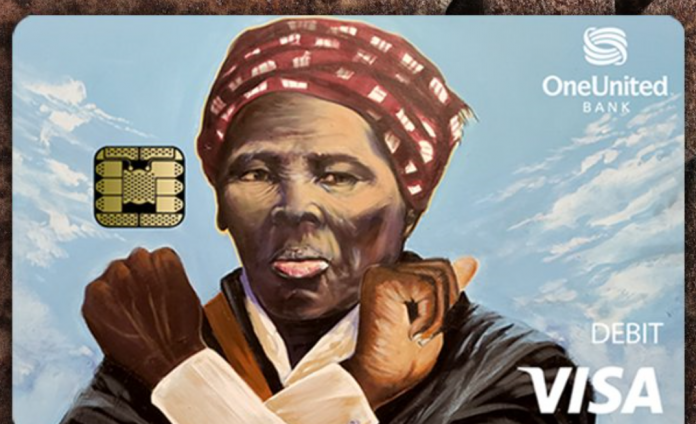 One United Bank, the nation’s largest Black-owned bank, thought it would celebrate Black History Month and Harriet Tubman by issuing a new debit card with her likeness. But unfortunately, the reaction it has received on social media probably isn’t what they expected.

Although most people seem to think Tubman is throwing the Wakanda salute, made famous by the blockbuster hit movie Black Panther, according to the bank it’s the sign language “gesture” for “love.”

Teri Williams is the President and COO of OneUnited. She said of the card in a press release, ”We have the power to place Harriet Tubman on a global payment device in celebration of Black History Month. This symbol of Black empowerment in 2020 will pave the way for the Harriet Tubman design on the $20 bill.”

The limited edition Visa debit card was meant to honor Tubman’s profound impact on U.S. history, but many people online accused the bank of being “tone deaf” and “disrespectful” for trying to capitalize on her fight for freedom.

The bank’s motives probably came from a good place, but the execution had many wondering how even a Black bank got it wrong.

Omg this is legitimately hilarious I had to screenshot it before it’s deleted.

A debit card with Harriet Tubman throwing up the Wakanda salute 😭😭😭😭😭

I thought for sure this was just a brand doing “brand things,” but even a “Black-owned” bank has to know this is bad, right? pic.twitter.com/mQqhq9IJ5G

DO YOU THINK HARRIET TUBMAN WAS WALKING AROUND SALUTING WAKANDA WHILE SHE WAS TAKING SLAVES???? TO FREEDOM? https://t.co/1yhWavQy0m

I know yall don’t got Harriet Tubman on this bank card doing the Wakanda salute. https://t.co/Zvq7eFiLkT

I’m laughing so hard at them having Ms. Harriet Tubman giving the Wakanda salute. Someone in the executive offices thought they had a sure fire winner with that. Lord forgive me