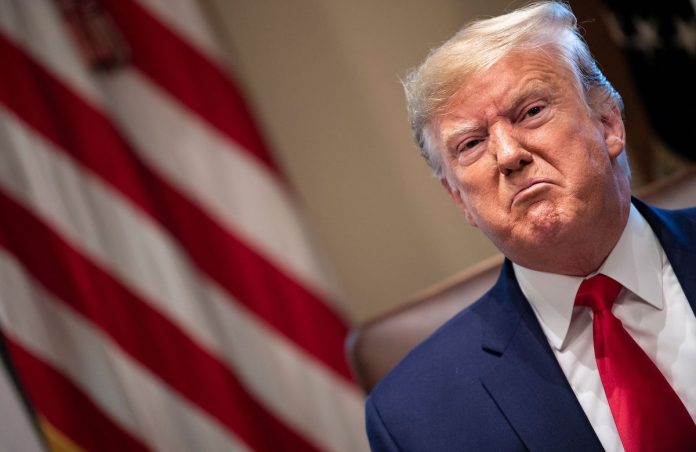 More than half of Americans want President Trump convicted and removed from office and the vast majority want to hear from witnesses in the president’s trial, according to a new poll – unwelcome news for a president in a tight reelection campaign and a Senate Republican majority eager to provide him a speedy, witness-free proceeding.

The CNN/SSRS poll – released while Trump is at an economic conference in Switzerland and several soon-to-be Senate jurors were in early primary states campaigning for the Democratic presidential nomination – showed that 51% of those surveyed want the Senate to make Trump the first president in U.S. history to be convicted and forced out of office, compared to 45% who think the Senate should not do so.

While those numbers would be a standard display of a politically divided country on policy issues, they are remarkable for a matter of such gravity and historic consequence. A majority of Americans did not support President Richard Nixon’s removal from office until right before he resigned in August 1973, an act he took to avoid certain impeachment by the House. In the week of President Bill Clinton’s Senate trial, polling showed that two-thirds of the American public did not want him removed from office.

The CNN poll is the news organization’s fist showing majority support for removing Trump from office. In mid-December, CNN polling found that 45% supported conviction and removal, while 47% opposed it.

The survey is the first major poll taken since Lev Parnas, the indicted former associate of Trump’s personal attorney, Rudy Giuliani, publicly implicated Trump in the Ukraine affair, in which the president is accused of pressuring the foreign nation to investigate a potential political rival in exchange for already-appropriated military aid and a White House meeting sought by the country’s president.

The new poll also showed stark partisan, gender and racial divisions, with Democrats, women and people of color wanting Trump out, while the president had the strongest support among men and white people. Women favor conviction and removal from office by a 59-38% divide, while men are opposed to it, 52-42%.

Nearly 7 in 10, or 69%, of non-whites – including 86% of African Americans and 65% of Latinos – want Trump convicted and removed, while 27 percent of non-whites surveyed don’t want Trump ousted. A majority of whites, 55%, think the Senate should not convict the president and eject him from the Oval Office, compared to 42% of white people who think lawmakers should. That’s reflective of Trump’s 2016 election, when 62% of white men voted for him, according to exit polls.

The CNN poll also underscored the consistently partisan divide over the impeachment of Trump: Nearly 9 in 10, or 89%, of Democrats believe Trump should be convicted and removed from office, a view shared by 48% of self-described independents and 8% of Republicans.

The same divide is happening in the Senate, where GOP Majority Leader Mitch McConnell of Kentucky has openly declared he is working with the White House on Trump’s defense and Democrats have been highly critical of Trump’s behavior and are expected to vote almost unanimously to convict him. Sen. Lindsey Graham, South Carolina Republican, notably was a prosecutor at Clinton’s trial in 1999 but has been an ardent defender of Trump, provoking outrage from critics.

There is not much difference among men and women and white and non-white Americans, however, about whether the Senate should hear from new witnesses before deciding the historic matter. On that question, 71% of women and 66% of men want to hear more testimony, a view shared by 75% of non-whites and 65% of whites.

Only on party identification was there more of a divide, with 86% of Democrats, 48% of Republicans and 69% of independents thinking the Senate should hear from new witnesses.