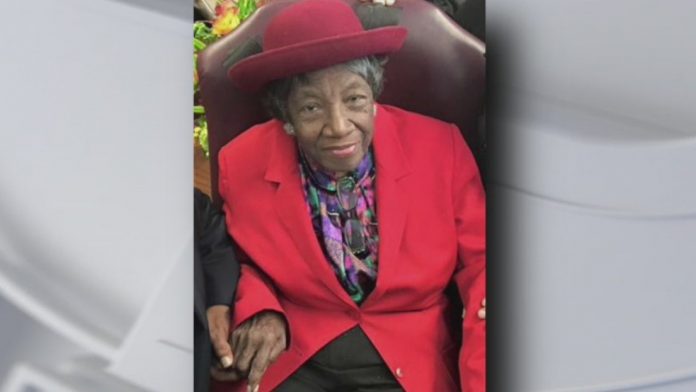 One of Houston’s beloved, longtime civic leaders, Mrs. Ruby Lee Sanders Mosley, has died.  Mosley, who is affectionately known as the “Mayor of Acres Homes,” made her transition on the morning of Feb. 3, after an extended illness. She was 90.

Her name may not be as recognizable as Harriet Tubman or Rosa Parks but chances are you’ll recognize her work.

“I remember, only two years ago, when she was 88, seeing her going through her phone book and calling all the seniors in Acres Homes on Thanksgiving to make sure that they had turkey and making arrangements to make sure that those families were being fed,” her granddaughter, Ladrenia Dixon recalled.

Mosley’s homegoing services were Sat., Feb. 8. Mayor Sylvester Turner declared the day as ‘Ruby Mosley Day’ in Houston. “She was a woman small in stature, but big in impact,” Turner said.

“This week Houston, particularly Acres Homes, we lost a monumental figure who fought every day for her community and our city. Ruby Mosley challenged the status quo and worked with all elected officials to bring resources the community needed to thrive.

“She was, for many of us, a superwoman. Although she is gone from us, her legacy will last for generations to come. Houston is a better place because of her. May God uplift her family during this time,” Turner said.

“Honored to be part of the community who celebrated the life of Mrs. Ruby Mosley – aka the ‘Mayor of Acres Homes,’ at Community of Faith. Mrs. Ruby was a dedicated servant to Acres Homes. I send my deepest condolences to her family and loved ones. Rest gently, Mrs. Mosley.”

Ruby Lee Sanders Mosley was born on April 25, 1929, in Mexia and moved to Houston in 1948. She enrolled at Franklin Beauty College and became a licensed beautician and after graduating from high school, she attended Prairie View A&M University.

She was a health coordinator for 18 years at Gulf Coast Community Services, advocating to provide water, sewer and other city services to residents in Houston’s rural communities. She then joined the City of Houston Cuney Homes Housing Development as a community services supervisor. For 13 years, she provided essential services for senior citizens and children. She retired in 1995.

Throughout all of that and later on in life, her dedication to the historically African American community in northwest Houston was undying, her family and friends said.