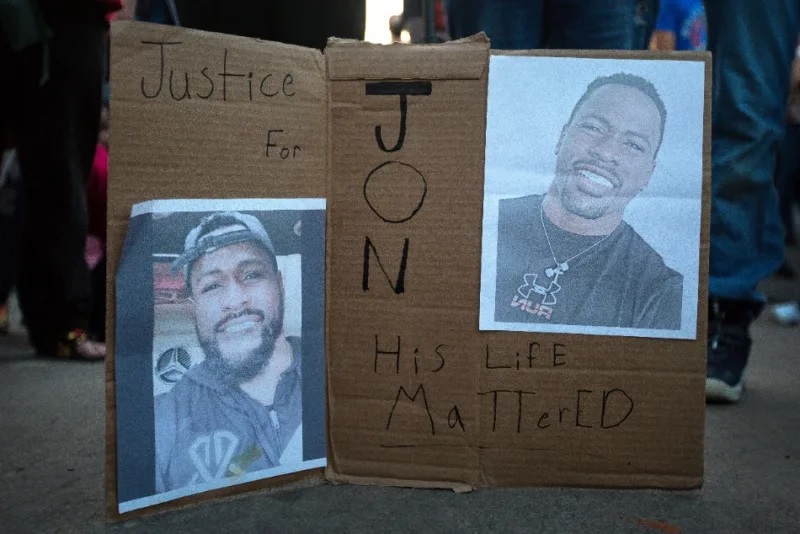 Police body camera footage revealed new details about what happened between 31-year-old Jonathan Price and Wolfe City, Texas, Police Officer Shaun Lucas in the moments before Price was fatally shot. According to an affidavit from the Texas Rangers who are investigating the shooting, Price attempted to shake Lucas’ hand at the start of their confrontation.

But before we get into all that, we really need to talk about the defense attorney that Lucas has retained—because he’s the same attorney who represented Amber Guyger, the former Dallas police officer who was found guilty of murder and sentenced to 10 years after shooting and killing Botham Jean in his own apartment.

Robert Rogers appears to be a man who is all about giving police officers the benefit of the doubt. The same attorney who argued in opening statements that media sensationalism is the only reason people didn’t see Guyger as a perfectly innocent woman who went to the wrong apartment and was so startled that she shot and killed an actually innocent Black man, is now crafting a narrative for his new client that appears to omit a lot of what investigators said actually happened on the night of October 3.

“After Mr. Price refused repeated instructions and physically resisted, Officer Lucas deployed his Taser and continued to give Mr. Price instructions,” Rogers said in a statement Tuesday night, CNN reports. “Mr. Price resisted the effects of the Taser and attempted to take it away from Officer Lucas. Officer Lucas only discharged his weapon in accordance with Texas law when he was confronted with an aggressive assailant who was attempting to take his Taser.”

According to the Texas Rangers, bodycam footage tells a much broader story.

Lucas, 22, responded to a domestic dispute call at the gas station’s convenience store around 8:24 p.m. Saturday, according to the affidavit. Price’s family says Price was attempting to break up the dispute and didn’t threaten anyone.

Based on the bodycam footage, which has not been released to the public, the affidavit says that when Lucas arrived at the scene, Price greeted him and came “very close to Officer Lucas, asking ‘You doing good?’ multiple times while extending his hand in a handshake gesture.”

“Price apologized for broken glass on the ground and stated someone had tried to ‘wrap me up,’” the affidavit said.

Lucas told investigators that he thought that Price was intoxicated and attempted to detain Price, but Price allegedly stated, “I can’t be detained,” the affidavit said.

The officer then tried to detain Price “by grabbing his arm and using verbal commands,” but was unsuccessful, the affidavit said. He then produced his Taser, according to the affidavit.

Lucas warned Price to comply or he would use his Taser, and when Price walked away, the officer fired the Taser, the affidavit said.

While being tased, Price walked toward Lucas and tried to reach for the weapon, at which point the officer took out his service weapon and fired four times, according to the affidavit.

Lee Merritt, the attorney who represents Price’s family, wonders why Lucas—who was charged with murder in connection with the shooting on Monday—felt the need to use any kind of force at all given that the disturbance he was called to the scene for was reportedly over by the time he got there.

“The situation was resolved before law enforcement arrived, according to witnesses,” the attorney said, CNN reports. “Why this officer still felt the need to tase and shoot Jonathan is beyond comprehension.”