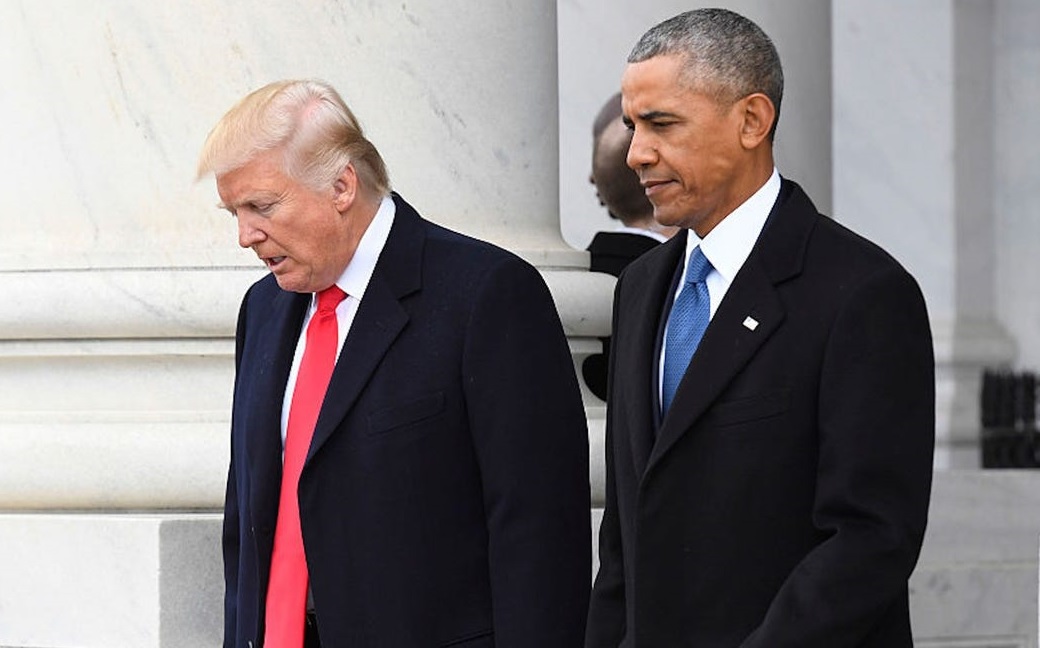 NBC first reported that the event to unveil Obama’s official portrait wasn’t currently on the calendar, and may not even occur while Trump is in office, including potentially throughout the duration of a second term if he wins re-election.

This would mean “it could be 2025” before Obama’s portrait unveiling happens, the report states, despite Obama leaving office in 2017.

The tradition of first-term presidents hosting their predecessor dates back decades through many administrations and is supposed to represent a rare moment of harmony and camaraderie in Washington.

During that ceremony, Obama said, “We may have our differences politically, but the presidency transcends those differences.”

The 45th and 44th presidents have broken some precedents as their relationship has remained tense through Trump’s tenure thus far, and has escalated even more in the past few weeks.

Trump has repeatedly accused Obama of unjustly targeting his associates in what he calls “Obamagate,” and has called on the Senate Judiciary Committee to call his predecessor to testify in hearings about the origins of the investigation into Russian meddling in the 2016 presidential election.

Trump, however, has yet to explain what crime he thinks Obama committed specifically, but said his predecessor “committed the biggest political crime in American history.”

NBC also reported that Obama has “no interest” in taking part in the portrait tradition while Trump occupies the White House.

Obama, who has usually remained quiet about Trump since leaving the White House, has taken some veiled swipes in recent weeks during the coronavirus pandemic.

Addressing a virtual event Saturday for historically black colleges and universities, Obama said many U.S. leaders “aren’t even pretending to be in charge” during the pandemic.

About a week ago, Obama called the response to the coronavirus pandemic an “absolute chaotic disaster” in a call with 3,000 people who served in his administration.

Senate Majority Leader Mitch McConnell, R-Ky., said Obama “should have kept his mouth shut” over the Trump administration’s handling of coronavirus, continuing that he thinks “it’s a little bit classless, frankly, to critique an administration that comes after you.”

Obama and Trump have reportedly only met once in person since Trump’s Inauguration Day, and that was at the funeral for President George H.W. Bush in 2018.

During a Fox News town hall, Trump said of their interaction: “Sat next to him, and I said, ‘Hello.’ And then I said, ‘goodbye.’ That’s about it.”

The official White House portraits are different from the portraits that hang in the National Portrait Gallery. The Obamas’ were particularly popular in the nation’s capital after their unveiling in February 2018, prompting a record number of visitors.

The most recent president to not attend a official portrait unveiling was Jimmy Carter, who requested not to have a ceremony.

According to the report, the portrait process for the Obama’s “stalled” in 2017, after they went through the process of selecting the artist, and finalizing a contract.

Both a spokesperson for Obama and the White House declined to comment to NBC.