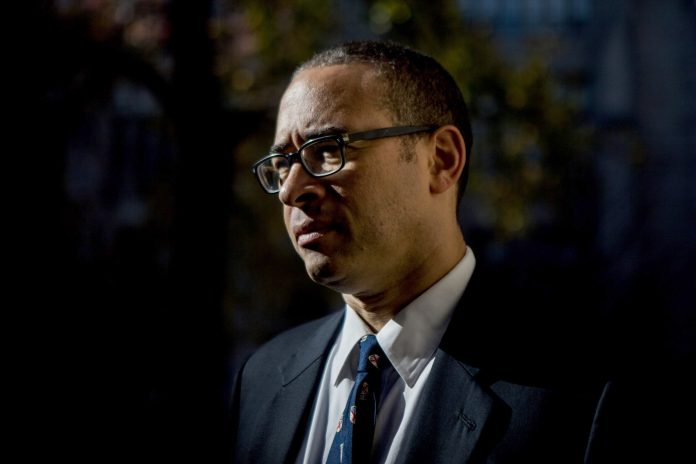 Holloway will be named president Tuesday, pending formal approval by the university’s Board of Governors and Board of Trustees, according to a high-ranking university official who spoke on condition of anonymity because the hiring is not final.

NJ Advance Media first learned of the selection from four sources who had knowledge of the decision but were not authorized to speak on the record.

Holloway, 52, will replace current president Robert Barchi, who announced in July he will step down at the end of the 2019-20 school year. A historian specializing in African American studies, Holloway received his undergraduate degree from Stanford University, where he played football with New Jersey U.S. Sen. Cory Booker, according to his official Northwestern University biography.

Rutgers’ presidential search committee picked Holloway because he understands what it takes to thrive in both academics and athletics in the Big Ten Conference, the Rutgers official said. His salary will be announced Tuesday after the two boards vote.

“I believe the board (members) will be over the moon for him,” the official said.

“During our conversations, Dr. Holloway clearly showed he had the vision and experience to put the needs of students first and lead Rutgers to the next level,” the governor said in the tweet.

Thrilled that @RutgersU is set to name Jonathan Holloway, Provost of @NorthwesternU, as its President. During our conversations, Dr. Holloway clearly showed he had the vision & experience to put the needs of students first & lead Rutgers to the next level.https://t.co/qCou52kBZV

When he arrives at Rutgers, Holloway will be the first person of color to lead the university, following 20 white male presidents who oversaw it for 253 years. Students and faculty members had suggested the university make diversity a priority in the hiring process, saying Rutgers leadership should reflect the student body.

About 35% of Rutgers students are white.

“We do need somebody who values diversity as much as the rest of us do,” Mark Angelson, chair of the Board of Governors, said early in the search process. “Diversity is precious to Rutgers, and whoever comes in to do this job is going to need to be sensitive to that.”

Holloway earned his Ph. D. in history from Yale University and joined the faculty there in 1999, later serving as the Dean of Yale College. He came to Northwestern in 2017 as provost and chief academic officer.

Picked from nearly 300 applicants, Holloway already has at least one connection to New Jersey: Booker, his former Stanford teammate. But Holloway acknowledges he wasn’t exactly good at college football.

“I was a hot shot recruit who ended up being a complete scrub when I got there,” he recalled in an interview last year with Northwestern’s student newspaper. “In my senior year, I wasn’t even on the depth chart anymore.”