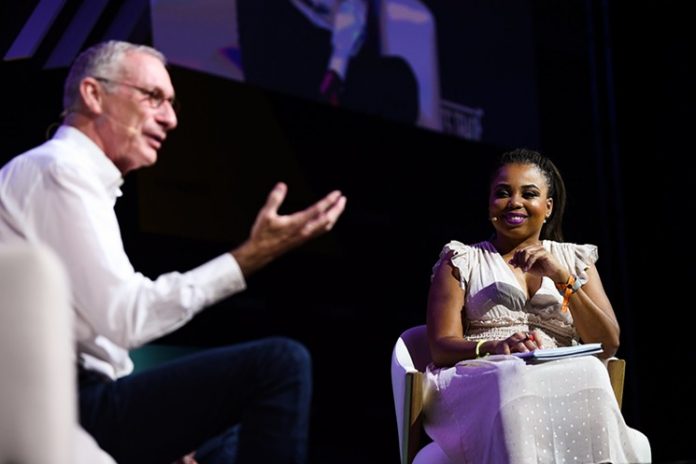 Over the next four days, black journalists, media executives, and celebrities will take over the JW Marriott Miami Turnberry Resort & Spa in Aventura for the annual National Association of Black Journalists Convention and Career Fair. A main topic of discussion includes establishing an African-American news network that keeps it real and tells the whole truth about the systemic racism that continues to oppress people of color.

The Hip-Hop News Network would provide a platform for journalists such as Jemele Hill and Roland Martin to provide their unfiltered news commentary in a way that the mainstream news organizations would never allow.

Hill, who recently announced a book deal, left ESPN a year ago after calling Donald Trump a “white supremacist” and “the most ignorant, offensive president” of her lifetime. She was suspended for two weeks because she tweeted in favor of boycotting Dallas Cowboys advertisers because of owner Jerry Jones’ threat to fire players who silently protested during the National Anthem. Now she’s writing columns for The Atlantic and has her own podcast. But that’s not enough to reach the people in the hood.

Some believe it important to purchase our own African-American sports network inspired by people like Hill so black reporters like Stephen A. Smith aren’t the only voice for the African-American community.

The same goes for Martin, who is keeping black folks informed by running his own show on YouTube that has 340,577 subscribers. Every day, he interviews black activists and politicians who have their ears to the street and their fingers on the pulse of the African-American community.

The National Association for Black Journalists (NABJ) is reportedly fighting for more African-Americans and other minorities in leadership positions at large media companies. In March, NABJ and the National Association of Advancement of Colored People (NAACP) called for a civil rights audit of executive-level diversity at CNN after revealing the network had no black news executive producers, vice presidents, or senior vice presidents. Shortly thereafter, CNN promoted two African-Americans: Marcus Mabry to vice president of global programming for CNN Digital Worldwide and Johnita Due to senior vice president and chief diversity and inclusion officer of the network’s sports and news divisions.

This year’s NABJ convention theme is “Fight the Power,” a salute to the powerful rage anthem by Public Enemy. If that’s the goal, it’s time to control our own narrative.