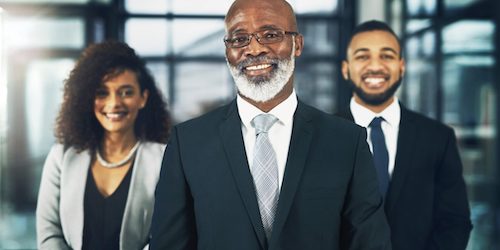 Black people are not monolithic.

That’s a primary conclusion from a multi-round research initiative conducted by District-based think tank Third Way and the Joint Center for Political and Economic Studies.

“The impetus for this effort was to help address the dearth of public opinion research on Black people in this country by digging underneath the surface to understand nuances based on attributes like age, education, gender, income and urbanity,” according to a news release touting the dual report, “A Nuanced Picture of What Black Americans Want in 2020.”

“Rather than looking at a small oversample to make broad generalizations about what all Black people think, this research captured similarities as well as key differences between subgroups.”

Black people in America have different identities and experiences.

For example, just 45 percent of those surveyed live in cities. A majority live in suburbs, small towns or rural areas.

Twenty-two percent have a four-year college degree, but another 37 percent have some amount of postsecondary education. Among the employed, one in five works more than one job. A third of people go to church every week.

Feelings about the 2020 election vary.

Forty-six percent identify as strong Democrats, and 57 percent of them are more interested in voting next year than they were in 2016. But this share drops to 34 percent with the one-third of Black people who are less attached to the Democratic Party.

Just 22 percent of Black Americans say their finances have improved over the past two years, but women are 11 points more likely than men to say their situation has worsened. Black people prioritize kitchen-table issues and urgent priorities, but not always the same ones.

Feelings about race and racism are complex.

Eighty percent of Black Americans say that Trump’s election has made people with racist views more open to expressing them. But college graduates are 19 points more likely to believe this than those with a high school degree or less.

Gentrification was brought up by participants in all nine of our focus groups.

And views on it vary. Black people who live in suburbs believe gentrification has done more harm than good by 16 points, but this margin narrows to four points among city dwellers.

Views on values differ by age and education.

Young Black people, especially those with college degrees, are more likely to side with values associated with liberals. For example, those over 55 say you must believe in God to have good morals by a 54-point margin. But a slim majority of young college graduates reject this notion.

Third Way and The Joint Center, which is celebrating its 50th anniversary, said the task for the research initiative was to better understand the attitudes, priorities, and values of Black voters and non-voters across America.

In their statement, organization officials said, “Broadly, we found that Black people are politically engaged ahead of the 2020 election. One contributing factor to this is opposition to Trump, a president who most believe has ushered in more racism since he took office.”

They said Blacks prioritize kitchen-table economic issues and urgent challenges that are threatening their neighborhoods and want policymakers and candidates to do so as well.

And they are in sync with the activist Democratic base on some core values while quite divergent on others.

“To address the concerns of Black Americans young and old, urban, suburban, and rural, college-educated and non-college, men and women alike, we must stop painting them with a generic brush and really listen to their experiences, priorities, and values,” researchers said.

To view the full report, go to thirdway.org.