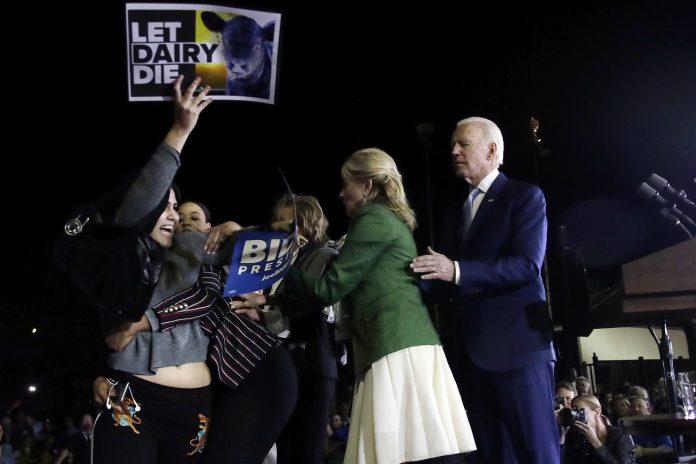 Anti-dairy protesters have been turning up at most political events in the state this election season.

BREAKING: Protesters rush the stage toward Joe Biden during #SuperTuesday night speech; they were stopped by people near Biden. Biden is continuing with his speech. pic.twitter.com/0tI9uSj7pQ

A security guard stopped the protester (Biden does not have Secret Service protection) and pulled her away as she chanted “let dairy die.”

Jill Biden immediately blocked her husband with her body.

But then a second protester stormed the stage, and the women of the Biden campaign fought back. 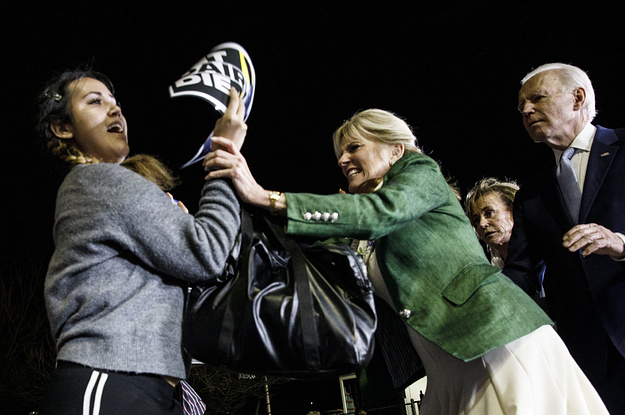 Jill physically grabbed the protester by the wrists and pushed her away.

Sanders, dressed in a striped blazer, ran after the protester, tackling her and dragging her offstage.