DefenderNetwork.com
Home NEWS National Teen grateful to have ‘made it to see 17’ is shot, killed... 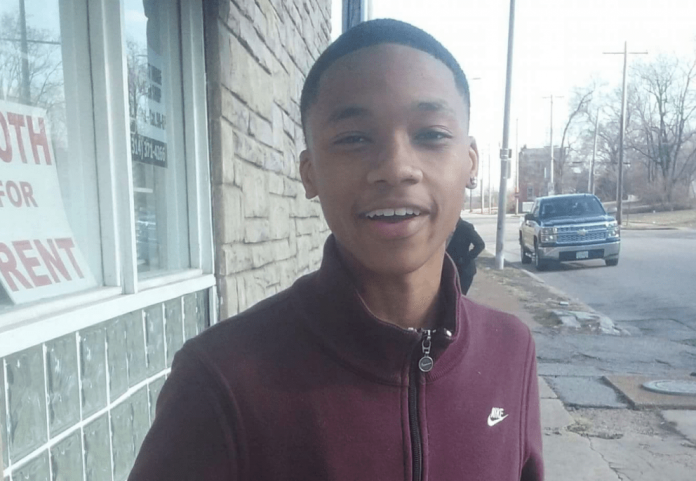 On Saturday, August 18, newly-minted 17-year-old Armond Latimore was thrilled to celebrate his birthday. He’d overcome a lot of adversity in his short life, and was feeling very blessed to be alive.

“Thru all the s**t I den been thru I’m just glad I can say I made it to see 17,” Latimore posted on his Facebook page shortly before preparing to blow out his birthday candles with his mom. An hour later, he was dead.

Latimore was shot at 1 p.m. on Saturday, and was pronounced dead after being taken to the hospital, the St. Louis Post-Dispatch reports.

In an especially heartbreaking addition to the news, Latimore’s mother, Chandra D. Payne, said she’d just left her son’s side when she received word of the tragedy.

“He told me that he wanted ice cream,” said Payne. “I went to Save-A-Lot, and three minutes later I received the call.”

Following her son’s fatal shooting, Payne said she found an essay the Vashon High School sophomore had written about a school bully. Payne and other family members weren’t aware of any issues at school, but the moving essay revealed he suffered harassment often.

Newsweek reports some questions have come up about some of the alleged posts Latimore made to Facebook. One of those posts reportedly showed Latimore with a wad of money; another with a gun. However, Latimore’s former teacher, Alex Fischer, believes report of these posts are baseless rumors and are an attempt to vilify the teen.

“I have no doubt that there will be people trying to trash his name in the upcoming weeks, or digging through his Facebook trying in some sick way to ‘justify’ his death,” Fisher wrote on his own Facebook page, according to Teen Vogue. “I just want you to know, that the Armond I knew, and saw in my advisory and my English class, was a funny, inquisitive, and down-to-earth scholar. My thoughts go out to his family in this difficult time.”

Several other adults in Latimore’s life, including educator Michael Malone and librarian Jenny Broach took to social media to pay tribute to him.

On Facebook, Broach wrote, “Armond was one of my scholars at SCP Beyond School and a frequent visitor of our school library while I was one the librarians there. He was brilliant, absolutely brilliant. He was head strong and we butt heads for sure but his smile was so contagious and his laugh could pierce through my frustrated heart. He was a slick talker and an amazing writer. Tragedies like this can make people speechless but all they make me want to do is talk and educate and advocate – just like Armond did.”

Harvey Collins, who knew Latimore’s family, said the young man was kind enough to spend part of his birthday helping him move his daughter into her college dorm.

“I can’t believe that a couple hours later he was dead,” Collins said. “That’s a crying shame.”

“He was always a helping-hand child,” Payne said about her son. “He would cut grass, wash your car or sell water. He loved music and loved money and always made it the right way.”

Authorities are asking anyone with information (tips can be anonymous) to contact CrimeStoppers at 866-371-8477.