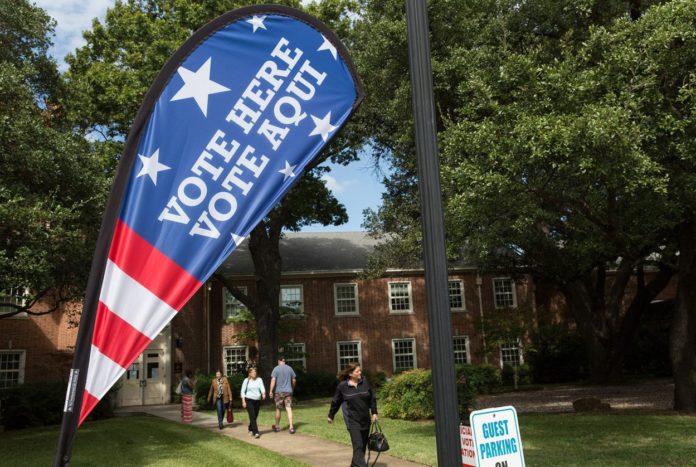 When Jarrod Stringer updated his driver’s license address in 2014, the Texas Department of Public Safety website asked if he wanted to register to vote. He clicked yes and thought he was registered. That fall, when he went to vote in San Antonio, he was denied. According to the system, he had never registered. It was past the registration deadline, so he couldn’t vote.

That kicked off a six-year legal battle that included two lawsuits for the right for Texans to register to vote online while updating their licenses.

“It’s traumatic when you can’t vote,” Stringer said. “It’s implicitly saying, ‘You don’t have a voice. You can’t participate in change.’”

On Wednesday, Stringer won that “mind-boggling” fight with the state of Texas two weeks before the deadline to register to vote in 2020. Acting on a federal judge’s orders, the state updated its online systems to allow people to add their names to the voter rolls at the same time they update their licenses.

While it’s a limited step — the online option is still only available to people updating their licenses — the change marks the first time Texans have been able to register to vote online, which advocates say could significantly increase turnout both this year and for future elections.

Mimi Marziani, the president of the Texas Civil Rights Project, which brought forward the lawsuits, said the change specifically helps marginalized Texans, who most often move.

“This is absolutely a victory for voting rights for all Texans,” Marziani said. “It’s a particular victory for younger Texans, poorer Texans and Texans of color.”

The National Voter Registration Act, known as the motor voter law, requires states to let residents complete their voter registration applications when they apply for or renew their driver’s licenses. Marziani said she took up the case because Stringer had been denied that right.

Previously, Texans like Stringer who tried to register while using the state’s online license portal were directed to a blank registration form they had to fill out, print and send to their county registrar. The state was forced to change that system after U.S. District Judge Orlando Garcia ruled last month that DPS is “legally obligated” to allow voters to simultaneously register to vote with every license renewal or change-of-address application. Garcia had ordered the state to set up a “fully operable” online system by Wednesday.

“The Secretary of State and Texas Department of Public Safety are in compliance with the court’s order,” said Kayleigh Date, a spokesperson for the Office of the Attorney General, in a statement.

According to Marziani, 1.9 million Texans use the Department of Public Safety’s online portal to update their driving information each year, and 96% of eligible Texans have their driver’s license. Texas drivers can renew their license online if they renewed it in person last time and are above 18 but below 79, and their license expires within two years, or has been expired for less than two years, among other restrictions. Texas currently has more than 16.6 million registered voters.

The coronavirus has brought widespread concern about how people can vote safely in Texas this November, especially as the state’s elected leaders have resisted the idea of broadening who is eligible to vote by mail. Campaigns and advocates from both parties have found that registering new voters has been a challenge without online voting. Forty-one states have passed legislation to allow residents to register to vote online; Texas is not one of them.

Marziani said Wednesday’s move shows the state has the infrastructure in place to expand online voting beyond DPS and renewing driving licenses.

Date did not answer questions about whether this would be possible, or whether the state expected to expand online voting registration.

For Stringer, who moved again in August and waited to update his license until Wednesday, the action by the state was a relief.

“The representation of the people in the state of Texas is more fair today than it was two weeks ago,” he said. “Part of what it means to be a citizen is to vote without duress. It’s a huge deal.”