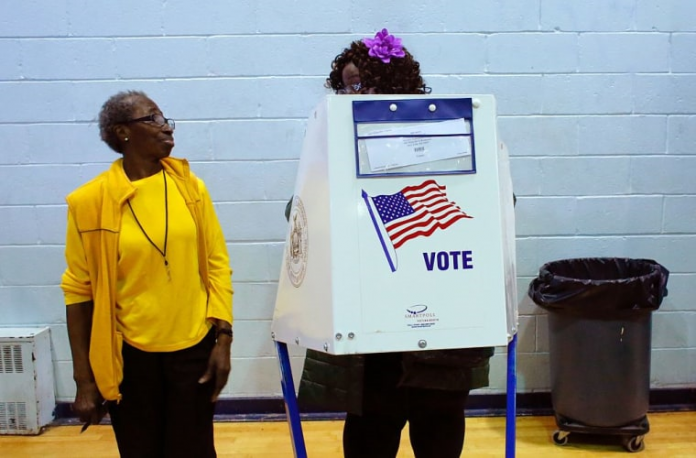 Texas is closing down more polling stations than any other southern state, The Guardian reported. Having fewer places to vote makes it more of a challenge for people of color to vote, which makes it easier for Republicans to dominate the state.

A study from the civil rights group The Leadership Conference Education Fund found that since 2012, 750 polls had been closed statewide.

An interactive graphic interface provided by the Guardian showed, from 2012 to 2018, the targeted areas where polling stations are being shuttered are located in the southern point of Texas, conveniently connected to Mexico, and South East Texas, including Houston where most of Texas’ Black population resides.

The shutting of polls also affects central Texas, where some of Texas’ more liberally inclined voters in Killeen, another Black city, Austin and San Antonio have less availability and access to polling stations.

In the case of Waco, Texas, in McLennan County, 44% of its polling places were shut down between 2012 and 2018. What is odd is that its population has increased by more than 15,000 people in that same time period, and more than two-thirds of that growth is due to more Black and Latinx residents.

Under the Voting Rights Act, it was the Department of Justice’s duty to secure voting privileges for people of color. However, that all changed in 2013 when the Supreme Court ruled to remove a fundamental part of the Voting Rights Act of 1965, allowing nine states, mostly in the South, including Texas, to change their election laws without the federal government’s approval.

With the Republican-led state now being able to do whatever it wants with its polling locations, Texas legislators took the liberty of making it harder for communities to affect change in their more traditionally conservative governing body.

The closing of polls will have a negative effect on every Texan. Voting centers, which are part of the reason why traditional polling stations are being shuttered, provide an alternative for those looking for convenience. People are no longer restricted to an assigned polling place in their local precinct and can vote at any countywide voting centers.

According to The Guardian, these countywide voting centers “can reduce the number of people whose votes are thrown out because they went to the wrong polling place.”

While voting rights advocates, Republicans and Democrats alike, are satisfied with centers, the closing of polls in favor of voting centers has cut counties’ voting operations in half, leaving many communities without any place to vote nearby.