A Texas police officer is facing manslaughter charges for killing an unarmed Black man whom he allegedly pulled over for speeding.

“The Texas Rangers investigation developed facts and evidence which support the elements of manslaughter,” Bell County District Attorney Henry Garza said on Monday, according to KWTX.

DeCruz pulled Dean over for speeding on Dec. 2 in Temple, Texas, but Dean reportedly did not initially stop and DeCruz gave chase, according to an arrest warrant affidavit released on Monday. When Dean stopped at an intersection, DeCruz pulled his car around Dean’s to block it in and got out of his squad car, according to KWTX. 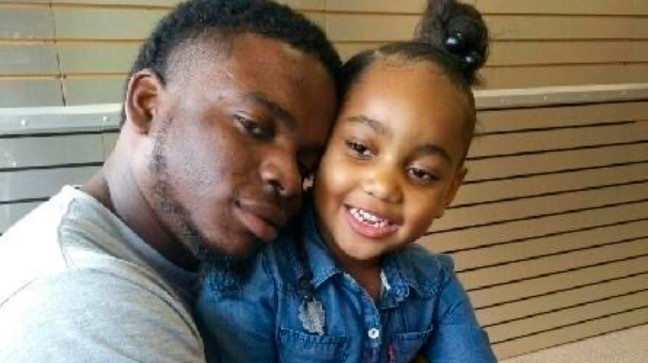 DeCruz had his handgun drawn when he approached Dean’s vehicle, according to video from the officer’s body camera. DeCruz told Dean to turn off the vehicle and give him the keys.

“Officer DeCruz had the handgun pointed at Dean with his finger on the trigger,” the affidavit reads, according to KWTX. “Officer DeCruz is seen reaching into Dean’s vehicle in an attempt to gain control of the keys to the vehicle with his left hand while holding his duty issued firearm, a handgun, in his right hand.”

While the officer’s left hand pulled on the keys, “his right hand also pulls backwards causing the handgun to fire striking Michael Dean in the head,” the affidavit reads.

DeCruz has been on administrative leave since the shooting. If he gets indicted, he will be placed on unpaid leave, police told KWTX.

After DeCruz was arrested on Monday, attorney Lee Merritt, who spoke on behalf of Dean’s family, issued a statement calling the manslaughter charge “wholly inappropriate given DeCruz intended to cause death when he shot Dean in the head.”

“Michael Dean was shot in his temple through a closed door seconds after being pulled over for a minor traffic violation,” Merritt said in the statement, reported KWTX. “It is clear that Carmen DeCruz intended to cause serious bodily harm when he shot Michael Dean in the face without justification. We are demanding that the appropriate charges be pursued.”

The Texas Rangers are investigating the incident. The Temple Police Department awaits the results of that investigation and referred questions on the case to the Bell County District Attorney’s Office.

According to a police report filed with the Texas Attorney General’s Office, DeCruz initiated life-saving measures “to no avail” after his service weapon discharged.

The report adds that Dean’s most serious charge that day would have been evading arrest.