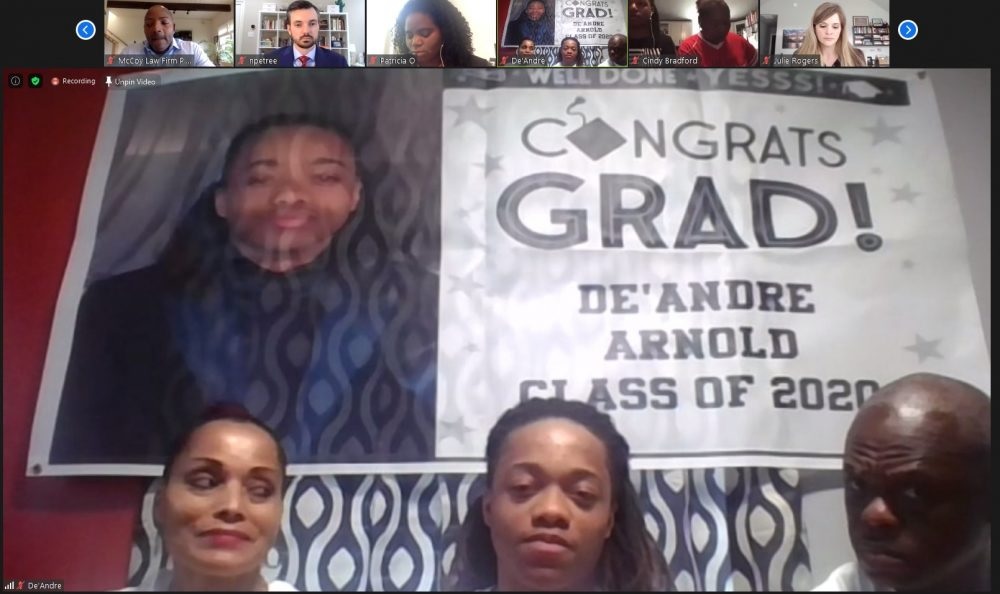 Two Black students challenging a Texas school district’s hair and grooming policy lost their grievance Monday. But the two young men, who are cousins, will continue their fight against what many call a discriminatory policy this week in federal court.

The Barbers Hill Independent School District school board voted unanimously to keep the dress code and reject the students’ demand, the latest in a controversy that inspired a bill for the next Texas Legislature, similar to ones passed in California, Maryland and Virginia.

​Since pre-kindergarten, Kaden Bradford has attended Barbers Hill ISD, about 40 miles east of Houston. Similarly, his cousin De’ Andre Arnold was a longtime student in Barbers Hill schools. Both grew out their hair in dreadlocks in honor of their family’s West Indian heritage.

But in their sophomore and senior years, respectively, they were suspended for wearing their natural hair in dreadlocks earlier this year. The school’s discipline sparked national attention, as the students and many advocates called it an example of hair discrimination.

Then a senior, De’ Andre was told he couldn’t attend prom or graduation unless he cut his locs. Instead, he attended the Oscars — where a documentary celebrating Black hair won an Academy Award — visited the Ellen DeGeneres show and got support from a Houston Texans wide receiver.

The two young men are still pushing for Barbers Hill ISD to change its hair policy. Kaden just wants to return to school for his junior year, and De’ Andre doesn’t want any retaliatory action from the district. Both transferred last year.

“By refusing to understand the cultural implications that Black hair stands for and in not valuing De’ Andre and Kaden for their unique heritage and identities, the current hair policy and its enforcement say to De’ Andre, Kaden and other students like them that they are not welcome here,” said Christina Beeler, a staff attorney with the Juvenile and Children’s Advocacy Project at the University of Houston Law Center.

In an online hearing Monday, Beeler and attorneys with the ACLU of Texas argued to the school board that the policy discriminates against students of color, and also based on gender.

“The length restriction, whether unintentionally or intentionally, is racist,” Beeler said. “It doesn’t allow him to keep his culturally significant hair. The cultural significance is that they should not be cut, similar to many Native American cultures.”

Leaders with the Barbers Hill school district have said that dreadlocks are allowed, just at a certain length.

During the hearing, an attorney for the district, Hans Graff, maintained that the policy is not discriminatory because Black students have not been disciplined at higher rates for hair violations than other students.

Graff also argued that Kaden and De’ Andre want to attend Barbers Hill schools because the district has “high standards” for academics and behavior.

“They want the standards without having to meet the standards. They want to be treated differently. They’re saying, ‘We want the academic excellence, we want the excellence of Barbers Hill. But we don’t want to comply with what it takes to achieve that,’” Graff told the school board.