DefenderNetwork.com
Home NEWS National Thousands of workers in the service industry to ‘Strike for Black Lives’ 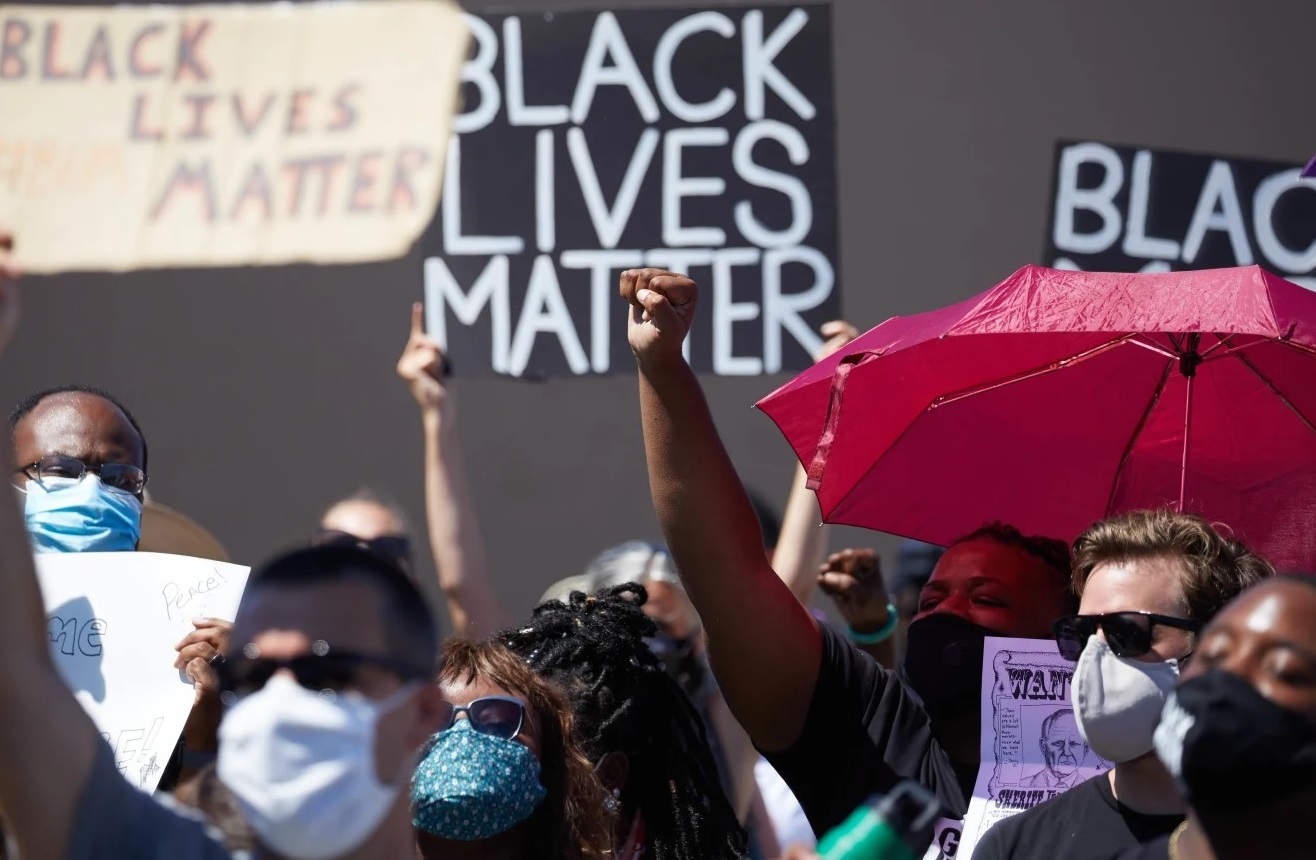 In an effort to fight against the systemic racism that’s embedded in both society and workplaces within the service industry, tens of thousands of workers have planned a massive, full day strike later this month.

On July 20, fast food workers, nursing home employees, gig workers and airport staff will stage the “Strike for Black Lives,” which, will take place in over 25 cities across the country, and those who cannot strike for the entirety of the day will walk out for almost eight minutes, representing the amount of time George Floyd had a former officer’s knee on his neck.

Those who can’t strike for a full day will walk out for about eight minutes — the amount of time prosecutors say a white Minneapolis police officer held his knee on George Floyd’s neck — in remembrance of Black men and women who died recently at the hands of police.

The national strike will also include worker-led marches through participating cities, organizers said.

According to details shared exclusively with The Associated Press, organizers are demanding sweeping action by corporations and government to confront systemic racism in an economy that chokes off economic mobility and career opportunities for many Black and Hispanic workers, who make up a disproportionate number of those earning less than a living wage. They also stress the need for guaranteed sick pay, affordable health care coverage and better safety measures for low-wage workers who never had the option of working from home during the coronavirus pandemic.

“We have to link these fights in a new and deeper way than ever before,” said Mary Kay Henry, president of the Service Employees International Union, which represents over 2 million workers in the U.S. and Canada.

“Our members have been on a journey … to understanding why we cannot win economic justice without racial justice. This strike for Black lives is a way to take our members’ understanding about that into the streets,” Henry told the AP.

Among the strikers’ specific demands are that corporations and government declare unequivocally that “Black lives matter.” Elected officials at every level must use executive and legislative power to pass laws that guarantee people of all races can thrive, according to a list of demands. Employers must also raise wages and allow workers to unionize to negotiate better health care, sick leave and child care support.

The service workers union has partnered with the International Brotherhood of Teamsters, the American Federation of Teachers, United Farm Workers and the Fight for $15 and a Union, which was launched in 2012 by American fast food workers to push for a higher minimum wage.

Social and racial justice groups taking part include March On, the Center for Popular Democracy, the National Domestic Workers Alliance and the Movement for Black Lives, a coalition of over 150 organizations that make up the Black Lives Matter movement.

Ash-Lee Woodard Henderson, a strike organizer with the Movement for Black Lives, said corporate giants that have come out in support of the BLM movement amid nationwide protests over police brutality have also profited from racial injustice and inequity.

“They claim to support Black lives, but their business model functions by exploiting Black labor — passing off pennies as ‘living wages’ and pretending to be shocked when COVID-19 sickens those Black people who make up their essential workers,” said Henderson, co-executive director of Tennessee-based Highlander Research and Education Center.

“Corporate power is a threat to racial justice, and the only way to usher in a new economy is by tackling those forces that aren’t fully committed to dismantling racism,” she said in a statement.

Trece Andrews, a Black nursing home worker for a Ciena Healthcare-managed retirement home in the Detroit area, said she feels dejected after years of being passed over for promotions. The 49-year-old believes racial discrimination plays a part in her career stagnation.

As the single mother of a 13-year-old daughter and caregiver to her father, a cancer survivor, Andrews said inadequate personal protective gear makes her afraid of bringing the coronavirus home from her job.

“We’ve got the coronavirus going on, plus we’ve got this thing with racism going on,” Andrews said. “They’re tied together, like some type of segregation, like we didn’t have our ancestors and Martin Luther King fighting against these types of things. It’s still alive out here, and it’s time for somebody to be held accountable. It’s time to take action.”

The strike continues a decades-old labor rights movement tradition. Most notably, organizers have drawn inspiration from the Memphis sanitation workers’ strike over low wages, benefits disparity between Black and white employees, and inhumane working conditions that contributed to the deaths of two Black workers in 1968. At the end of that two-month strike, some 1,300 mostly Black sanitation workers bargained collectively for better wages.

“Strike for Black Lives” organizers say they want to disrupt a multi-generational cycle of poverty perpetuated by anti-union and other policies that make it difficult to bargain collectively for better wages and working conditions.

Systemic poverty affects 140 million people in the U.S, with 62 million people working for less than a living wage, according to the Poor People’s Campaign: A National Call for Moral Revival, a strike partnering organization. An estimated 54 percent of Black workers and 63 percent of Hispanic workers fall into that category, compared to 37 percent of white workers and 40 percent of Asian American workers, the group said.

“The reason why, on July 20th, you’re going to see strikes and protests and the walk-offs and socially distanced sit-ins and voter registration outreach is because thousands and thousands of poor, low-wage workers of every race, creed and color understand that racial, economic, health care, immigration, climate and other justice fights are all connected,” the Rev. William Barber II, co-chair of the Poor People’s Campaign, said in a telephone interview.

Organizers said some striking workers will do more than walk off the job on July 20. In Missouri, participants will rally at a McDonald’s in Ferguson, a key landmark in the protest movement sparked by the death of Michael Brown, a Black teenager who was killed by police in 2014. The strikers will then march to a memorial site located on the spot where Brown was shot and killed.

In Minneapolis, where Floyd was killed on May 25, nursing home workers will participate in a caravan that will include a stop at the airport. They’ll be joined by wheelchair attendants and cabin cleaners demanding a $15-per-hour minimum wage, organizers said.

Angely Rodriguez Lambert, a 26-year-old McDonald’s worker in Oakland, California, and leader in the Fight for $15 and a Union, said she and several co-workers tested positive for COVID-19 after employees weren’t initially provided proper protective equipment. As an immigrant from Honduras, Lambert said she also understands the Black community’s urgent fight against police brutality.

“Our message is that we’re all human and we should be treated like humans — we’re demanding justice for Black and Latino lives,” she told the AP.

“We’re taking action because words are no longer bringing the results that we need,” she said. “Now is the moment to see changes.”