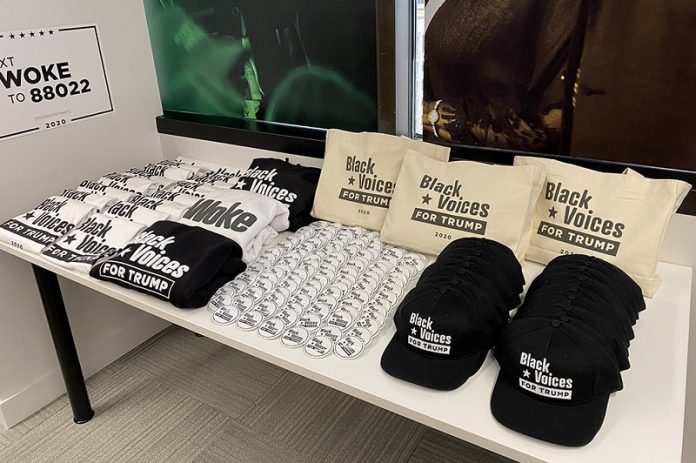 President Trump’s outreach to African American voters is coming to a storefront near you.

As part of an ongoing effort to increase Trump’s share of the black vote this fall, the president’s reelection campaign unveiled plans to open a series of “community centers” in empty retail spaces across the U.S. where paid staffers and volunteers will spend the next several months courting black voters with literature, celebrity meet-and-greets and “woke”-branded attire.

The offices are planned for 15 cities with large African American communities and will be used for campaign events and activities, as well as meet-and-greets with surrogates.

The goal is not necessarily to win the African American vote in 2020 — an implausible outcome — but to simply raise Trump’s share a few percentage points from the 8 percent he received in 2016. If Trump can take his African American vote share from single digits to the low teens, it could give him a boost in key states that are likely to decide the outcome of the election.

Each center will double as a field office and a home base for the campaign’s “Black Voices for Trump” coalition, which has already started advertising with African American-operated radio stations and newspapers.

“These are, kind of, unprecedented structural layout designs to get us into the community so you can … have a center spot where the black community can come in and learn about what the president has done and help push forward his agenda,” said a senior Trump campaign official.

The centers will distribute pamphlets and sell merchandise, including hats and sweatshirts embroidered with the word “woke.” Asked to define “woke culture” as it relates to the president’s bid for reelection, a second campaign official — who is African American — said reporters should “ask a black person.”

“This concept by itself is a woke concept in the fact that for decades you have had a community that has been controlled by the Democratic Party,” said Katrina Pierson, a senior adviser to the Trump campaign. “Republicans haven’t even gone into deliver their message. Now, we have a Republican who is actually going to the community to deliver the message and ask for the vote.”

Trump’s advisers contend that the current political landscape is ripe for Republican gains this cycle — including at the presidential level.

If these offices prove successful, campaign officials say they may also open similar spaces aimed at Latinos and veterans and other targeted voter groups.