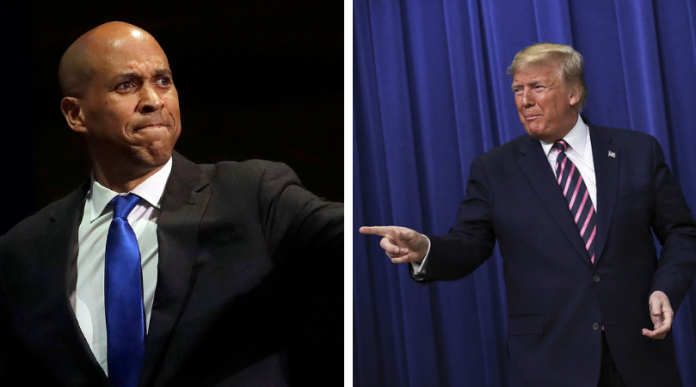 President Trump took to Twitter to mock Sen. Cory Booker after he dropped out of the Democratic presidential primary race. He sarcastically tweeted that he would be able to “rest easy tonight.”

Booker announced earlier Monday that he would suspend his presidential campaign. He failed to qualify for the last Democratic debate and did not meet the threshold to participate in Tuesday’s debate, and the senator acknowledged he did not see a path to the nomination.

Booker had struggled to gain traction in the contest, and most polls never registered him at more than 2% to 3% support.

“I will carry this fight forward — I just won’t be doing it as a candidate for president this year,” Booker said in an email to supporters.

It’s with a full heart that I share this news—I’m suspending my campaign for president.

To my team, supporters, and everyone who gave me a shot—thank you. I am so proud of what we built, and I feel nothing but faith in what we can accomplish together. pic.twitter.com/Fxvc549vlJ

The president has made a habit of sending sarcastic tweets after a Democrat suspends their campaign for president, firing off similar messages in recent months about Sen. Kamala Harris (D-Calif.), former Rep. Beto O’Rourke (D-Texas) and New York City Mayor Bill de Blasio (D), among others, as the 2020 field winnows.