DefenderNetwork.com
Home NEWS National Trump says to hero who saved children in El Paso: ‘You could... 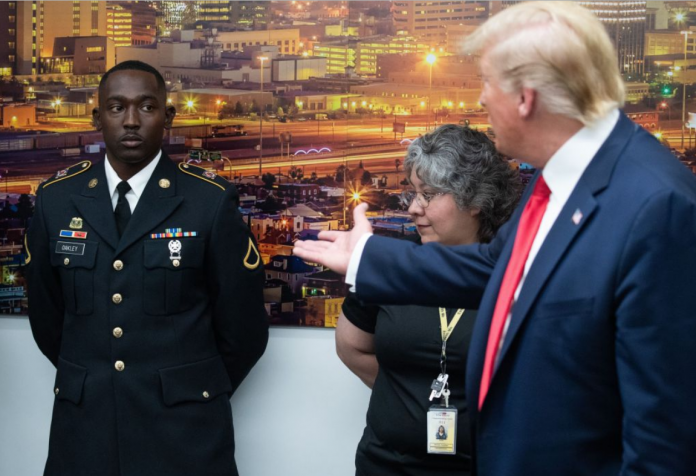 President Trump’s compliment — “You could be a movie star, the way you look” — to an Army soldier who saved children during the El Paso shooting, wasn’t universally flattering.

Fort Bliss U.S. Army specialist Glendon Oakley saved several children during the shooting in El Paso, Texas. When Trump visited, despite many telling him not to, he didn’t even address Oakley by name and made an awkward comment that he could be a movie star.

Trump said, “And, by the way, here is a great hero. This man — the job he did. You all know who it is. Everybody — the whole world knows who you are now, right?” Sadly, Trump didn’t know who he saw enough to say his name.

Oakley gained national attention when after the shooting he told KTSM, “We run towards Dillard’s, and it’s like a play pen over there. I see a whole bunch of kids like, without their parents running around screaming and crying, so I grab as many as possible.”

He also told CBS4, “…I just did what I would want another person to do for my children.”