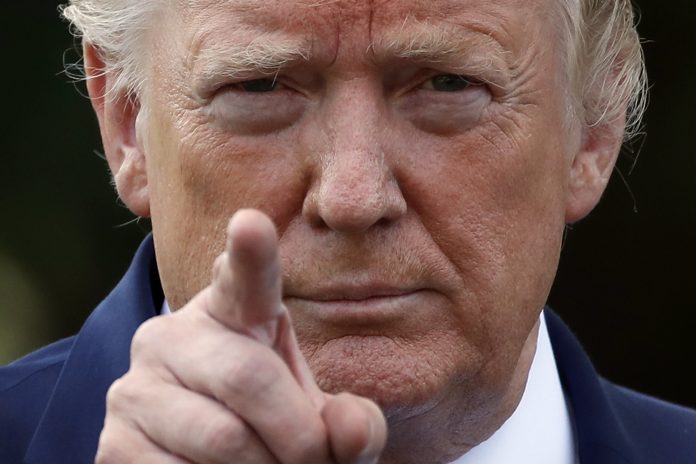 The White House said President Donald Trump’s latest threat to cut federal dollars for certain big cities is aimed at spurring them to do more to quell violence, but local leaders dismissed it Thursday as a political gimmick and unlikely to stand up in court if implemented.

Trump has made a number of other threats that were either struck down by judges or that the president paused on his own.

Trump issued a memorandum Wednesday calling on the attorney general to publish a list of jurisdictions that have “permitted violence and the destruction of property to persist and have refused to undertake reasonable measures to counteract these criminal activities.” Subsequently, agency heads are to get guidance about how to restrict federal grants to those jurisdictions.

The memorandum comes as Trump seeks to cast his Democratic rival Joe Biden as weak on crime amid some of the violence that has accompanied protests against racial injustice.

“The intent is to incentivize cities to follow in the way of Kenosha and Minneapolis who, when they were in the midst of a situation that they couldn’t handle just at the local level, they requested federal assistance and it worked,” White House press secretary Kayleigh McEnany said.

Previously, Trump threatened to cut funding for sanctuary cities to force them to comply with more stringent immigration policies. The 7th U.S. Circuit Court of Appeals said the effort violated separation of powers provisions enshrined in the U.S. Constitution.

Tom Cochran, CEO and executive director of the U.S. Conference of Mayors, said the president’s new order had no legal standing. If it were implemented, he added, it would slash resources for police and firefighters and other essential services — the very thing Trump has claimed Democrats are trying to do when it comes to law enforcement.

“This effort is intended only to inflame tensions and divide us,” Cochran said.

In his memo, Trump singled out Seattle, New York City, Portland, Oregon, and Washington, D.C., for possible loss of federal dollars. None are competitive areas for Trump in the coming presidential election.

“It is just the latest baseless, petty and divisive move by President Trump to distract from his abject failure to protect Americans from COVID-19,” Inslee said.

“I think this is another one of his blusters that’ll go nowhere. But if he really tries it, we will go to court and I guarantee you we’ll beat him again,” de Blasio said.

McEnany rejected suggestions that the president’s memorandum was for show in the lead-up to November 3.