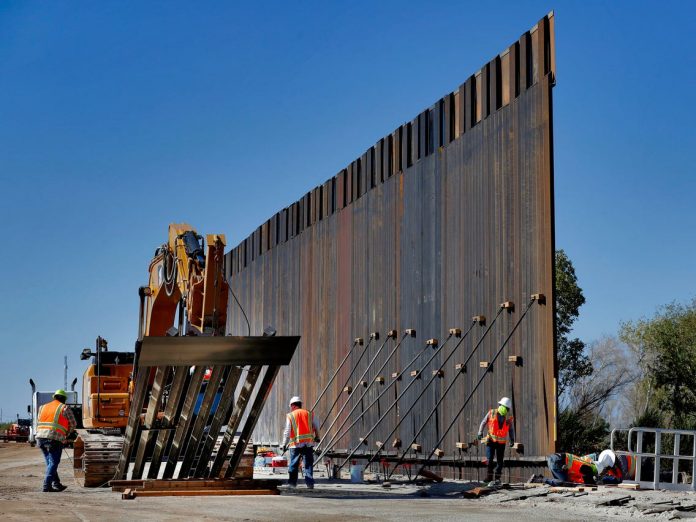 The Trump administration announced Tuesday that it will waive 10 federal contracting laws to “accelerate” the construction of a wall at the U.S.-Mexico border.

“Under the president’s leadership, we are building more wall, faster than ever before,” the Department of Homeland Security said in a statement.

The department said waiving procurement regulations will allow 177 miles of the wall to be built more quickly in California, Arizona, New Mexico, and Texas.

The waived laws include requirements for having open competition, justifying selections, and receiving bonding from a contractor before the construction can begin.

Acting Homeland Security Secretary Chad Wolf authorized the move under a 2005 law that gives him the power to waive laws for building border barriers—the first time waivers have applied to federal procurement rules. “We hope that will accelerate some of the construction that’s going along the Southwest border,” Wolf said on Fox & Friends on Tuesday.

The administration said it expects the waivers will allow 94 miles of the wall to be built this year, adding that the other 83 miles may also get built this year.

President Trump has vowed to build a 450-mile wall since he took office.