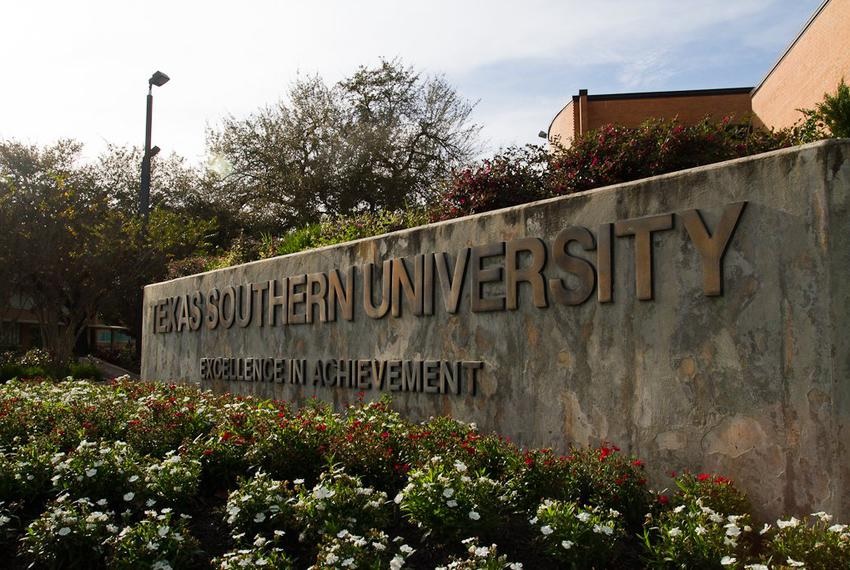 In the wake of George Floyd’s tragic death and the resulting national outcry for systemic policing reforms, Texas Southern University’s Center for Justice Research (CJR) has formed a National Police Reform Advisory Group. The expert-laden advisory group will help chart the national response for the sustainable improvement of police-community relations.
“We have an opportunity to be at the forefront in the shift in American policing,” said Dr. Howard Henderson, founding director of CJR, which formed in 2018 as a nonpartisan research center devoted to data-driven solutions for an equitable criminal justice system. “Out of the unprecedented support for change, we have found a lack of solution-oriented approaches to police-community relations. As such, the creation of the National Police Reform Advisory Group brings together nationally-recognized experts with prior police and criminal justice field experience.”

Henderson said members of the advisory group have experience in police training at the international, federal, state and local levels. The group will ultimately help shape the future of police reform by:

Through the Center for Justice Research, the advisory group will provide evidence-supported recommendations of the existing police reform recommendations and put forth any necessary additions. The group will advise on the initial police reform policy and practice needs assessment and the continued activity of the national and local police reform movement. The group’s overall objectives and the suggested path forward will be agreed to by its members, ultimately benefiting from the collective knowledge, skills and abilities of its credentialed members.

“As our elected officials and criminal justice leaders begin the tough work on criminal justice policy reform to address the historic and perpetual, unjust and unfair treatment of communities of color, it is imperative that they be provided with sound advice grounded in research evidence and lived experiences,” said Paul Elam, Ph.D., chief strategy officer with MPHI. “Many of our policy efforts have failed because we have not placed the people who are most impacted at the center of conversations which seek to find solutions to problems affecting them. This advisory group will be comprised of doctorally prepared, national experts who have years of experience working in communities where structural racism has negatively impacted the life outcomes of many black and brown residents. The advisory group will use a culturally responsive and racial equity lens emphasizes that that emphasizes the powerful impact of inter-institutional dynamics, institutional dynamics, institutional resources inequities and historical legacies on racial inequalities in our current criminal justice system.”

“Because of the continued tumult between the police and the community, a think tank (research group) that examines policing from the perspective of the community, particularly communities of color, is essential to get at the root cause of the problem,” said Lorenzo M. Boyd, Ph.D., assistant provost for diversity and inclusion and director of the Center for Advanced Policing and former president of the Academy of Criminal Justice Sciences. “This multidisciplinary, multi-perspective approach will address not just the outcomes from police community relations, but we will delve into the underlying problems to address and view police training from a proactive, community-based lens.”

“The Advisory Group has been established to serve as an assemblage of intellectuals to facilitate the orchestration of policy changes in police and criminal justice reform,” said Ronald Craig, Ph.D., assistant professor of criminal justice and criminology at Tennessee State University. “Further the group is solution orientated in the implementation of change in this unprecedented time in American history.”

“This advisory group is a response to a legacy of police violence that has heightened the current pain in the Black community. As such, we must continue to work diligently to challenge anti-Black racism in all forms so that George Floyd’s death and the countless others won’t be in vain,” said David Baker, Ph.D., interim chair of the Administration of Justice department at Texas Southern University.

“This country has reached a boiling point with many of its police departments and their relationship with the community, particularly the African American community,” said K.B. Turner, Ph.D., department chair of the Department of Criminology and Criminal Justice at the University of Memphis. “Indeed, this country is close to its nadir in the history of American policing. It is (past) time for a reexamination and evaluation of American policing. This includes personnel, police procedures and practices, equipment, and utility of that equipment. This advisory group brings its passion and collective experience to serve as change agents in providing reform to ensure constitutional policing and accountability. The issues that have become so salient in recent weeks demands that this advisory group provide effective leadership at a time where it is missing, but sorely needed.”

“It is vital that the voices of those with lived experience have a seat at the table from start to finish,” said Bahiyyah M. Muhammad, Ph.D., assistant professor and Inside Out program administrator with the Department of Sociology and Criminology at Howard University. “Far too often are the voices and actions of the directly impacted heard from the sidelines. This approach is far from acceptable. As the world has come together during this time of grief, swift and democratic action is needed. It is often said, ‘those who are closest to the problem are closest to the solution.’ We are committed to making this a reality. With racist and outdated theories that perpetuate white supremacy, there is only one way forward. That being, through the leadership of Black scholars who have lived experience, community respect and a track record of renown scholarship and service to their own. This will be the only way to advance the movement beyond the hashtag #Blacklivesmatter soundbite that currently dominates national media. We are the only experts to our experience. There are no substitutes and that’s a fact.”