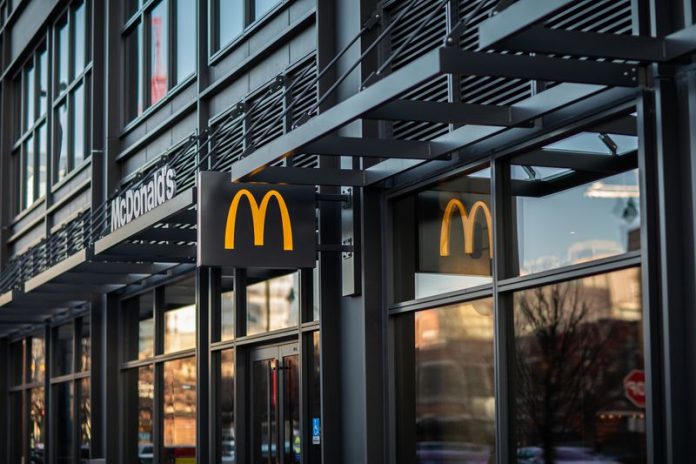 Two African American executives filed a lawsuit against McDonald’s alleging they were passed over for promotions, subjected to a hostile work environment and ultimately demoted due to “pervasive” racial discrimination at the Chicago-based fast food giant.

In the lawsuit, filed Tuesday in Chicago federal court, Victoria Guster-Hines and Domineca Neal, who work out of the company’s Dallas office, cited a “hostile and abusive work environment” that included threats, derogatory racial comments and impediments to advancement for African Americans within the company.

McDonald’s demoted both Guster-Hines and Neal from vice president to senior director positions in July 2018 as part of a broader corporate restructuring under former CEO Steve Easterbrook, which the lawsuit alleges was a “ruthless purge” of African Americans from the ranks of its senior executives.

Easterbrook, who was fired in November over an admitted consensual relationship with an employee, was named as a defendant in the lawsuit along with current CEO Chris Kempczinski and Charles Strong, the Chicago-based west zone president for McDonald’s.

“In shocking ways difficult to overstate, McDonald’s under Easterbrook and Kempczinski declared war against the African American community,” the lawsuit said.

McDonald’s issued a statement Wednesday addressing the lawsuit and disputing its allegations.

“At McDonald’s, our actions are rooted in our belief that a diverse, vibrant, inclusive and respectful company makes us stronger,” the company said, noting that 45% of its corporate officers and all 10 of its field vice presidents are people of color. “While we disagree with characterizations in the complaint, we are currently reviewing it and will respond to the complaint accordingly.”

Carmen Caruso, a Chicago-based attorney representing Guster-Hines and Neal in the lawsuit, said Wednesday both employees are on a leave of absence from their positions at McDonald’s.

The lawsuit, which recounts years of alleged racial discrimination, is seeking undisclosed monetary damages, but cites over $2 million in lost pay and benefits for Guster-Hines and “hundreds of thousands of dollars” for Neal.

Guster-Hines, who has an MBA from Indiana Wesleyan University, joined McDonald’s in 1987 as a management trainee, according to the lawsuit. She rose through the ranks to become a regional director of operations, among other roles, but was repeatedly passed over for higher-level executive promotions at McDonald’s by an “unwritten policy of racial discrimination that impeded her rise,” the lawsuit alleges.

For example, the lawsuit cites a racial slur allegedly directed at Guster-Hines by an Ohio regional vice president in 2005. She reported the incident to her superiors, but McDonald’s did “absolutely nothing” in response, the lawsuit alleges.

In 2013, Guster-Hines was “finally” promoted to vice president of franchising and operations for the Houston office, but hit a “glass ceiling,” the lawsuit alleges. The hostile work environment continued, the suit alleges, with west zone president Strong allegedly labeling her and other African American employees as “angry black women.”

Guster-Hines alleges the environment was so stressful she took a 12-week medical leave of absence in September 2017, according to the complaint.

Neal, who has an MBA from the University of Michigan, joined McDonald’s in 2012 as a director trainee in Chicago. In 2015, she was named director of operations for the Indianapolis region and was promoted two years later to vice president of franchising and operations, according to the complaint.

In July 2018, Guster-Hines and Neal were demoted to directors in the restructuring initiative by McDonald’s, which reduced the number of field offices serving the franchised restaurants, according to the complaint. Both were relocated to the company’s Dallas office.

Guster-Hines and Neal allege their demotions were retaliation for their support of the National Black McDonald’s Owners Association in ongoing internal protests against the restaurant chain over a “startling decrease” in the number of restaurants owned by African Americans during the Easterbrook/Kempczinski era, according to the lawsuit.

More broadly, the lawsuit alleges white officers were not dismissed or demoted in the same proportions as African Americans during the restructuring, and that in the three years prior to that, McDonald’s “demoted or severed ties” with 31 out of 37 African American officers.

A McDonald’s spokeswoman said in an email Wednesday that the company has reduced the number of officer level positions over the last five years, and that any decrease in African American officers is proportional to the overall reduction.