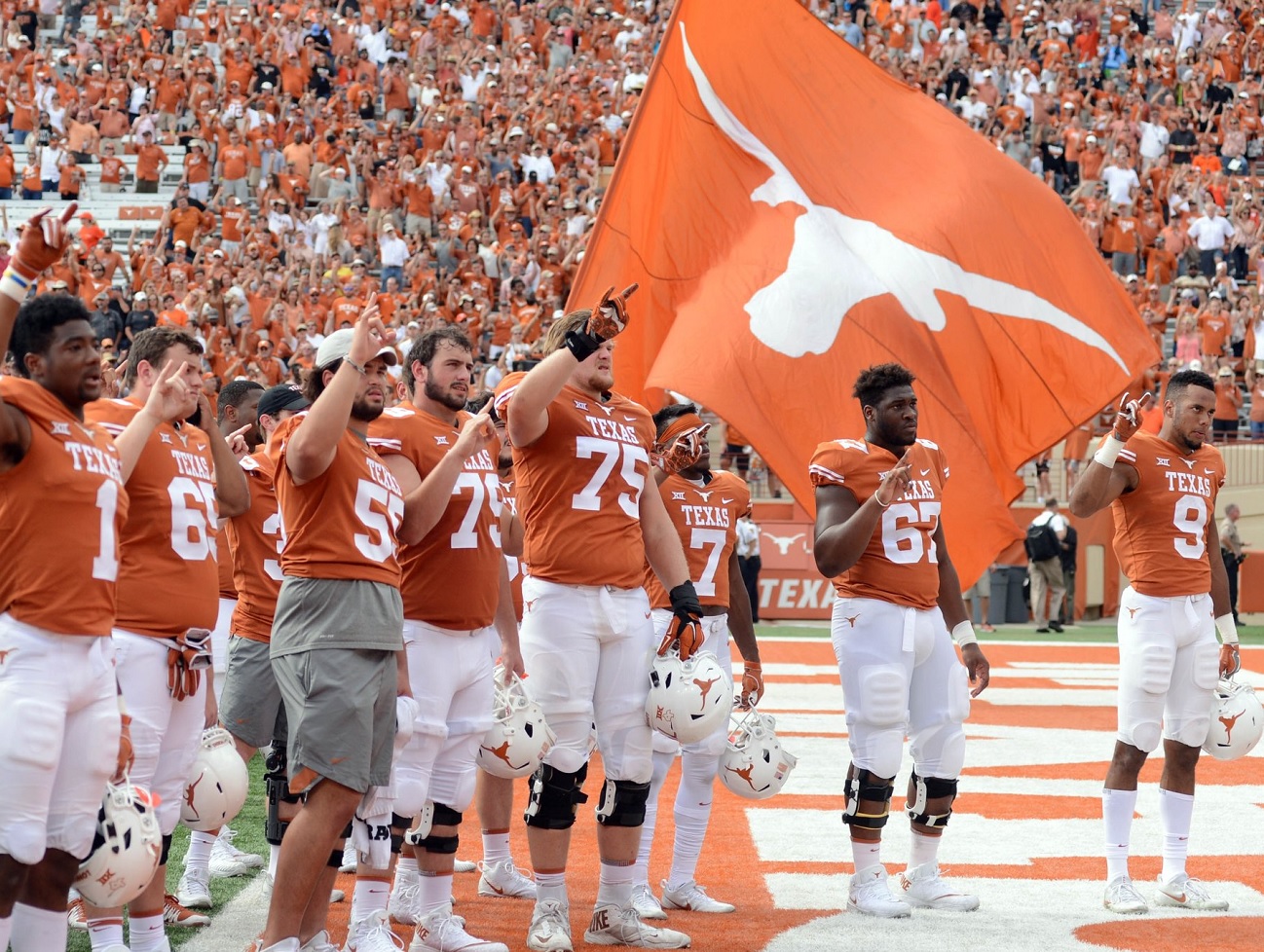 Last month, student athletes at the University of Texas at Austin said they would forgo recruiting and donor events if campus and athletic leaders failed to implement their demands, which were aimed at supporting students of color.

The University of Texas at Austin is making several changes to address racial issues on campus but will keep its statue of prominent segregationist James Hogg and continue the tradition of the school spirit song “The Eyes of Texas” despite calls to remove them by several athletes and other student petitions.

The university detailed a plan to increase Black student recruitment and enrollment, while addressing concerns posed by students about some of the university’s names and symbols in a letter shared Monday from interim President Jay Hartzell that was co-signed by several administrators. Black students comprise about 5.1% of UT-Austin’s student body.

In lieu of renaming, UT-Austin will attempt to educate visitors and students on the “history and context of many of the names that remain,” which include the Littlefield Fountain; the statue of Hogg, a former Texas governor; the Belo Center; and the pedestals on which a series of statues stood until 2017. Hartzell said this may be done through plaques and a website.

The university will also allocate a “multimillion-dollar investment” from athletics revenue, erect several statues honoring Black figures in the university’s history and rename two campus structures, according to the letter. It did not further specify the amount that would be allocated or name what groups would receive money. A university spokesperson declined to comment.

These actions follow a list of demands by dozens of student athletes who refused to participate in recruiting incoming players or show up at donor-related events if university and athletics officials fail to respond. These demands included removing Hogg’s statue, removing the university’s song “The Eyes of Texas,” and renaming campus buildings named after Texans who were proponents of segregation or held other racist views.

Hartzell said the university will keep its fight song in its current form and work to “reclaim and redefine” the song, which has ties to minstrel shows and was created during segregation.

“Together, we have the power to define what the Eyes of Texas expect of us, what they demand of us, and what standard they hold us to now,” Hartzell said in the statement. “‘The Eyes of Texas’ should not only unite us, but hold all of us accountable to our institution’s core values. But we first must own the history. Only then can we reimagine its future.”

Additionally, the athletes asked the university to donate 0.5% of the athletic department’s annual earnings to the Black Lives Matter movement and Black organizations, establish a permanent Black athletic history exhibit in the Athletics Hall of Fame and rename parts of the football stadium after Julius Whittier, the first Black football letterman at UT-Austin. The university pledged to erect a statue of Whittier in the football stadium instead of renaming parts of the stadium.

The Robert L. Moore Building, named for a former math professor who was a segregationist and refused to teach Black students, was renamed the Physics, Math and Astronomy Building. Historical explanations will be placed in the building on why past university leaders chose Moore as its namesake.

The letter stated that the university will honor Heman M. Sweatt, a Black man who won the 1950 case that allowed him and other Black students to attend the university, in a variety of ways, as well as others in the first class of Black undergraduates.

At the request of his family, the Joe Jamail Field will be renamed in honor of Earl Campbell and Ricky Williams, Black former Longhorns who are both Heisman Trophy winners.

“We never would have envisioned this historic site would one day bear our names,” Campbell said in a statement. “The symbolism of this honor transcends the recognition of the Heisman Trophies we received. It extends to all students, but specifically black athletes.”

Williams called the renaming of the field a historic moment and urged universities and communities to continue to reflect and review the history of symbols and names, according to the statement.

“We request that this name change be a recognition of the achievement of a broad body of people and an ongoing commitment to diverse representation in the University of Texas athletic organization and student body,” he said in the statement. “A new consciousness is rising and we are honored to be a part of it.”

The university also pledged to refocus its diversity and inclusion plan, recruit a diverse group of faculty members, launch programming to support its Black students, and expand its police oversight committee.