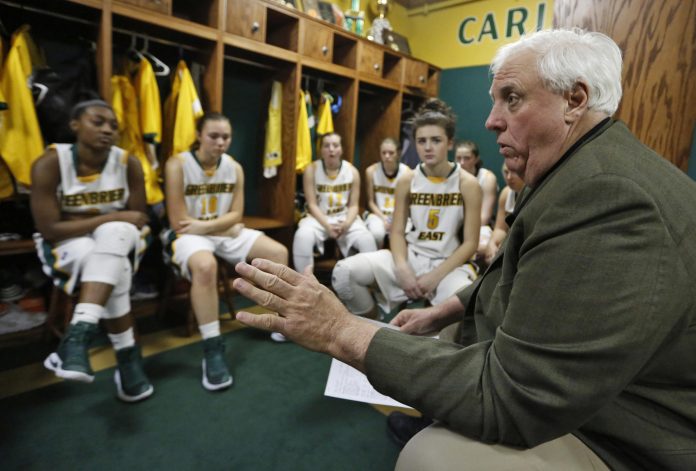 West Virginia Gov. Jim Justice has explained why he isn’t racist after calling a high school girls basketball team, with Black players, and their coaches, who are also Black, “thugs” following a physical altercation during a game. Gov. Justice says the claims that he is racist are absurd because his definition of thug merely means “violence” and “bullying.”

During the fourth quarter of the Woodrow Wilson and Greenbrier East girls’ basketball game on Tuesday night, a fight transpired behind the Woodrow bench, which resulted in the team being removed from the court, according to WSAZ. The game was eventually suspended after a lengthy delay.

Justice is also the head coach of the Greenbrier girls’ basketball team and asked for a forfeit. During a post-game interview is when Justice made the “thugs” comment, which received major backlash. “I hate to say it any other way, but honest to God’s truth is the same thing happened over at Woodrow two different times out of the Woodrow players. They’re a bunch of thugs. The whole team left the bench, the coach is in a fight, they walked off the floor, they called the game,” he said.

For transparency, here’s the entire interview with Justice. Excuse me bumbling over my words, there was a lot going on.

On Wednesday afternoon, Justice addressed his comment, emphatically denying that he is racist, despite the connotation that is assumed with the use of the term. Absolving himself from what many White folks mean when they use the term “thugs,” Justice defended his use of the word by offering his personal definition of “thugs.” He also noted that accusations claiming he would use a racial slur is unreasonable.

“My definition of a thug is clear – it means violence, bullying, and disorderly conduct. And we, as West Virginians, should have zero tolerance for this kind of behavior. Anyone that would accuse me of making a racial slur is totally absurd,” he said.

Justice has compared himself to Kunta Kinte on multiple occasions.

Justice has been accused of making racist statement in the past, completely contradicting his sentiments stating otherwise. While discussing insurance premiums with Greenbrier County, West Virginia teachers in 2018, he used the racist term “Chinaman” when suggesting raising severance tax on natural gas to fund WV Public Employees Insurance Agency, according to the Register-Herald. He told the teachers, “There’s not a Chinaman’s chance in the whole wide world that’s going to happen. You’ll never get the Legislature to pass it.”

In 2013, Justice compared himself to Kunta Kente while discussing his future basketball coaching plans. Justice explained why he is against suggestions that he should retire and referenced the movie Roots.

“I tell them this story, I really do. In the movie Roots, Kunta Kinte didn’t have much of a shot in life. I believe I’m put here for a reason. The good Lord gave me the brain and the creativity to create jobs and take risks and do things. And do good things with kids and connect with them, teach them values and everything,” he said.