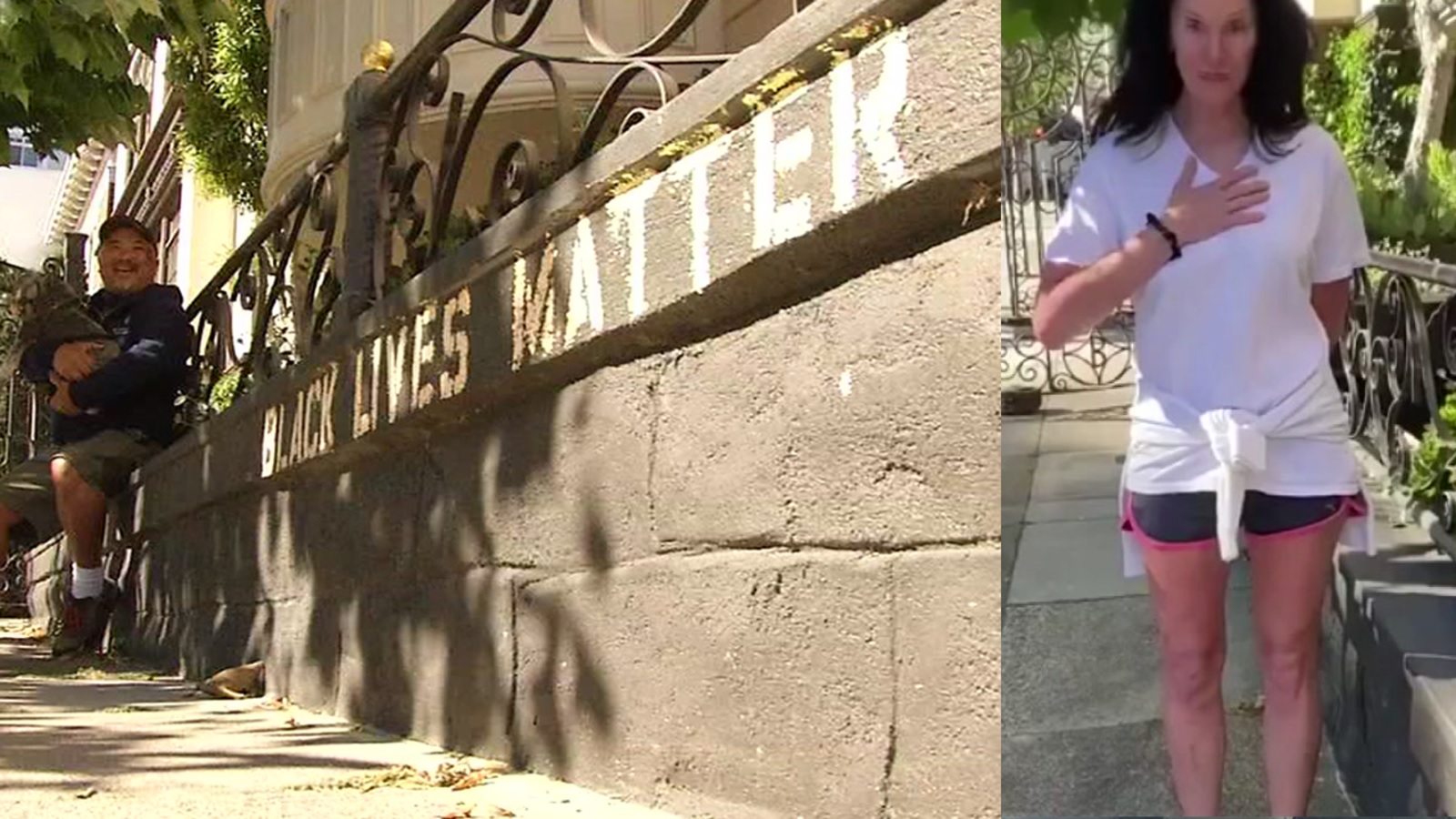 A white San Francisco couple have apologized for accusing a Filipino man of defacing private property when he stenciled “Black Lives Matter” on a wall in chalk.

“The last 48 hours have taught me that my actions were those of someone who is not aware of the damage caused by being ignorant,” said Lisa Alexander, CEO of the skincare company LaFace, Complex reports.

In cellphone footage that has circulated the web, James Juanillo, who goes by Jamietoons on Twitter, can be seen confronted on the sidewalk by Alexander and her partner Robert Larkin. Both accuse him of breaking the law, dismissing his suggestion that the home could be his own, theGrio previously reported.

The incident was captured by Juanillo on his cell phone, showing the moment the couple lied by claiming to “know the person who does live here.”

Alexander even threatens to call the cops on Juanillo for vandalizing private property.

A white couple call the police on me, a person of color, for stencilling a #BLM chalk message on my own front retaining wall. “Karen” lies and says she knows that I don’t live in my own house, because she knows the person who lives here. #blacklivesmatter pic.twitter.com/rOpHvKVwgP

The police ultimately show up after the couple walk away, but because they recognize Juanillo and know him not to be a troublemaker, the officers don’t even bother getting out of their car over the complaint.

“What she did is polite racism,” Juanillo said in an interview with ABC7 News. “It’s respectable racism. ‘Respectfully, sir, I don’t think you belong here.’”

After Internet sleuths uncovered the identity of the couple and dragged them for filth, the subscription service Birchbox severed ties with Alexander’s company. Larkin was fired on Monday by his employer, wealth management firm Raymond James, because his actions “were inconsistent with our valus,” the company said in a statement shared on Twitter.

On Sunday, Alexander released a statement in which she apologized to Juanillo and noted that “When I watch the video I am shocked and sad that I behaved the way I did. It was disrespectful to Mr. Juanillo and I am deeply sorry for that.”

Larkin also issued an apology and called out his “own personal blind spots.”

“Over the last two days, I have had my eyes opened wide to my own ignorance of racial inequity, and I have thought a lot about my own personal blind spots,” he said. “I was wrong to question Mr. Juanillo, and I was wrong to call the neighborhood police watch. It was wrong, and I am profoundly sorry for treating him with disrespect.”