DefenderNetwork.com
Home NEWS National White supremacist propaganda has doubled for the second year in a row 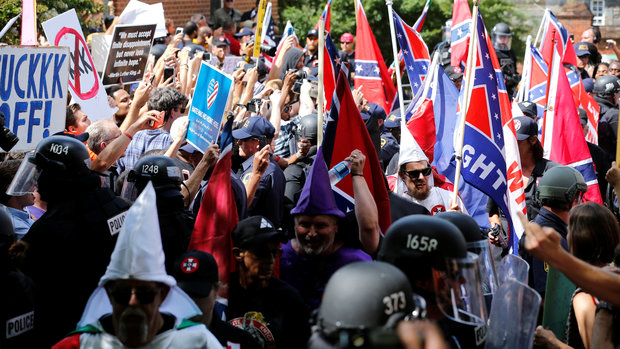 A new report published by the Anti-Defamation League has found that between 2018 and 2019, the distribution of white supremacist propaganda grew by more than 120 percent, for the second year in a row, reports The Griot.

According to the Associated Press, the ADL released a report Wednesday from their Center on Extremism that tracked the distribution of racist materials across 49 states.

What’s most disturbing about this trend is that prejudice and bias displayed in many of these incidents where shrouded in pro-America imagery that blurs the line between racism and patriotism.

Oren Segal, director of the League’s Center on Extremism, believes this approach is a sign that hate groups are attempting “to make their hate more palatable for a 2020 audience.”

Segal says that by highlighting language “about empowerment, without some of the blatant racism and hatred,” white supremacists are manipulating “a tactic to try to get eyes onto their ideas in a way that’s cheap, and that brings it to a new generation of people who are learning how to even make sense out of these messages.”’

This theory is further substantiated by the ADL’s previous findings that college campuses have become a hub for this sort of activity. Many white supremacist groups have bolstered their number with young white students looking for a sense of identity, purpose and/or belonging.