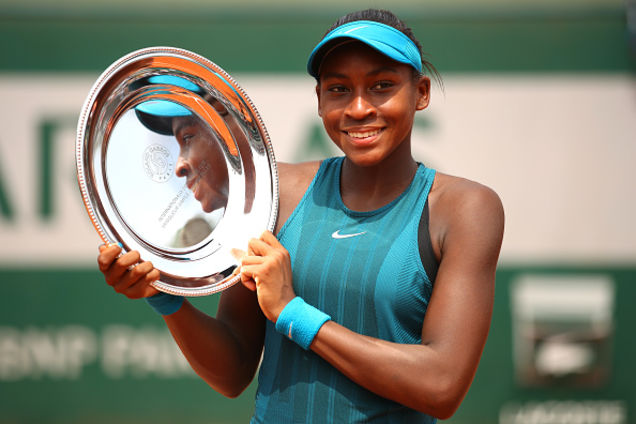 Another Black tennis player is making history. Cori “Coco” Gauff, 14, became the youngest girl to win the junior title at the French Open since 1994.

Gauff has been playing since the age of 6 but has also been training with Serena Williams’ coach, Patrick Mouratoglou, since 2015. Gauff comes from a family of athletes: Her father, Corey Gauff, was a basketball player at Georgia State University, and her mother, Candi Gauff, is a former track star and gymnast.

The young tennis champ posted about her win on the ’gram and thanked God as well as those who have supported her.