DefenderNetwork.com
Home SPORTS Dwyane Wade could be heading to China thanks to $25 million offer 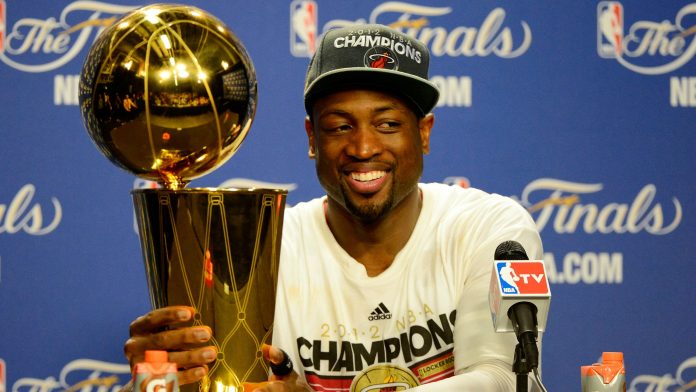 It looks like Dwyane Wade may be heading to China.

The beloved NBA star who is a free agent has reportedly been offered a three-year, $25 million contract to play pro ball for the Zhejiang Golden Bulls.

ESPN says the pre-tax coins would make Wade the highest-paid player in China and would be one of the biggest overseas deals in history.

The 36-year old athlete who previously played for the Miami Heat already has fifteen seasons under his belt and has a career average of 22.5 points per game. According to reports, the Miami Heat can only afford to pay Dwyane Wade a measly $5.3 million to return to the team.

So far, Wade has not made a decision and we can’t help but wonder what a move like this could mean for his family. His wife, Gabrielle Union, obviously has ties to the states thanks to her booming career in Hollywood and the couple raises three children together.

Dwyane Wade is such a well-loved player and his influence certainly goes beyond basketball.

In February, he was overcome with emotion learning that Joaquin Oliver—a 17-year-old boy killed during the tragic Parkland shooting—was buried in his jersey.

“This is Joaquin Oliver,” Wade wrote on Twitter accompanied with a picture of Oliver. “He was one of the 17 young lives that were lost tragically at Douglas HighSchool in Parkland. Joaquin was one of many that i heard was excited about my return to Miami and yesterday was buried in my jersey. This is why we will not just SHUT up and dribble!”

“It’s emotional even thinking about that, that his parents felt that burying him in my jersey is something that he wanted,” he continued. “I take a lot of pride in what I’ve done in this state and what I’ve meant for the youth, so I appreciate that.”

POLL: Should D. Wade follow the money or stay put?