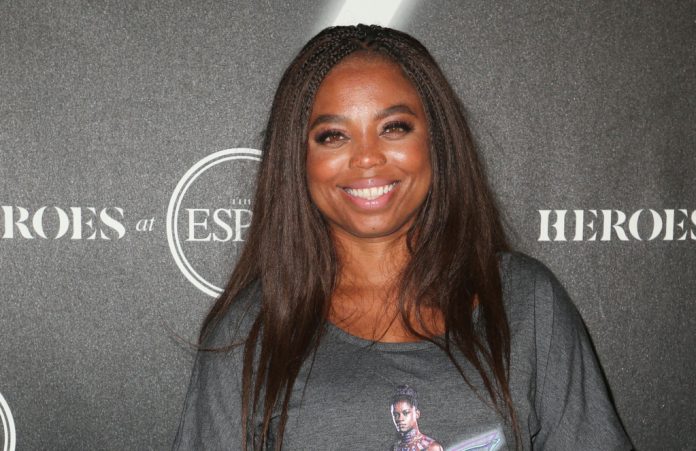 You can’t stop Jemele Hill  from winning. She made history at ESPN with Michael Smith as the first all-Black anchor team on “SportsCenter” in February 2017. However, now that she has parted ways with shady ESPN, she already landed a new job with — you can’t get any better than this — LeBron James.

The Hollywood Reporter reports, Jemele Hill “will narrate LeBron James’ basketball documentary Shut Up and Dribble, which bows in November on Showtime. The three-part series is directed by Gotham Chopra (who also helmed the Tom Brady doc Tom vs. Time).”

This is a huge win for Hill who was not supported by ESPN when she called out Trump’s racism. Hill told THR, “I think LeBron, like a lot of people, has been very frustrated by the behavior of this administration. [Black Americans] feel very insulted and vulnerable within this time because of who’s in charge.”

The doc will also include interviews with Charles Barkley, Jay Z, Justin Timberlake and more.

Again, Hill can’t stop winning. Reportedly, when she left ESPN she still had 2 years left in her contract, which ESPN reportedly bought out. She allegedly walked away with “millions of dollars.”

This is only the beginning of winning for Jemele Hill and we can only imagine Shut Up and Dribble is going to be great. The title was inspired by the hateful Laura Ingraham telling NBA players like James to “shut up and dribble.”

This is what you call turning negative energy into a positive.