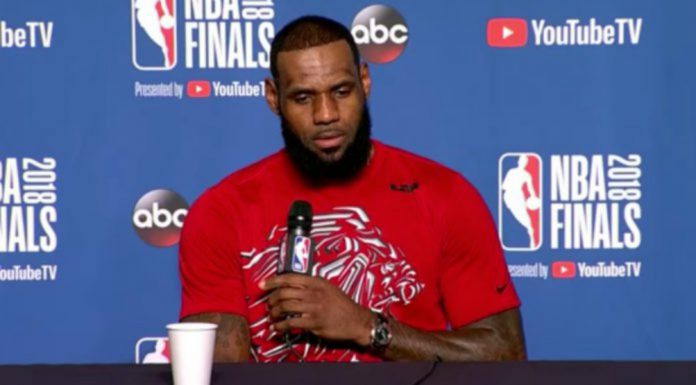 A new HBO documentary from Lebron Jamescalled “Student Athlete” will shed light on the billion-dollar college basketball industry that doesn’t pay players for their play but instead cashes in big time off their talents.

According to Shadow and Act, “In July 2017, news reports confirmed the Big Ten conference had signed an agreement with three televisionpartners for a six-year, $2.64 billion rights deal to carry primarily football and men’s basketball conference competition, and other conferences have also made similar deals and have partnered with media companies to create standalone conference network channels, all of which are making money off the backs of the players.”

Recently, during a panel to discuss how to improve intercollegiate basketball, a former Duke University player’s mom made a brutal speech comparing the NCAA to modern-day slavery.

Kylia Carter, the mother of Wendell Carter Jr., did not hold her tongue when talking about the NCAA college basketball system and compared it to slavery and the prison system while at the Knight Commission on Intercollegiate Athletics.

“Unpaid college athletes generate billions of dollars for their institutions every year. Student Athlete unveils the exploitative world of high-revenue college sports through the stories of four young men at different stages of their athletic careers, as well as a coach-turned-advocate and a whistle-blowing shoe rep who exposes the money trail,” states the press release about the documentary.

“…From high-school recruiting to post-graduation, the usefulness of athletes is tied to their ability to produce revenue. Once they can no longer do that, their participation in sport ends – often abruptly – with virtually nothing to show for their contributions. An audited financial disclosure from the NCAA in March 2018 revealed the association had close to $1.1 billion in revenue during 2017, a total that was unimaginable in 1964, when the NCAA coined the term ‘student athlete.’”