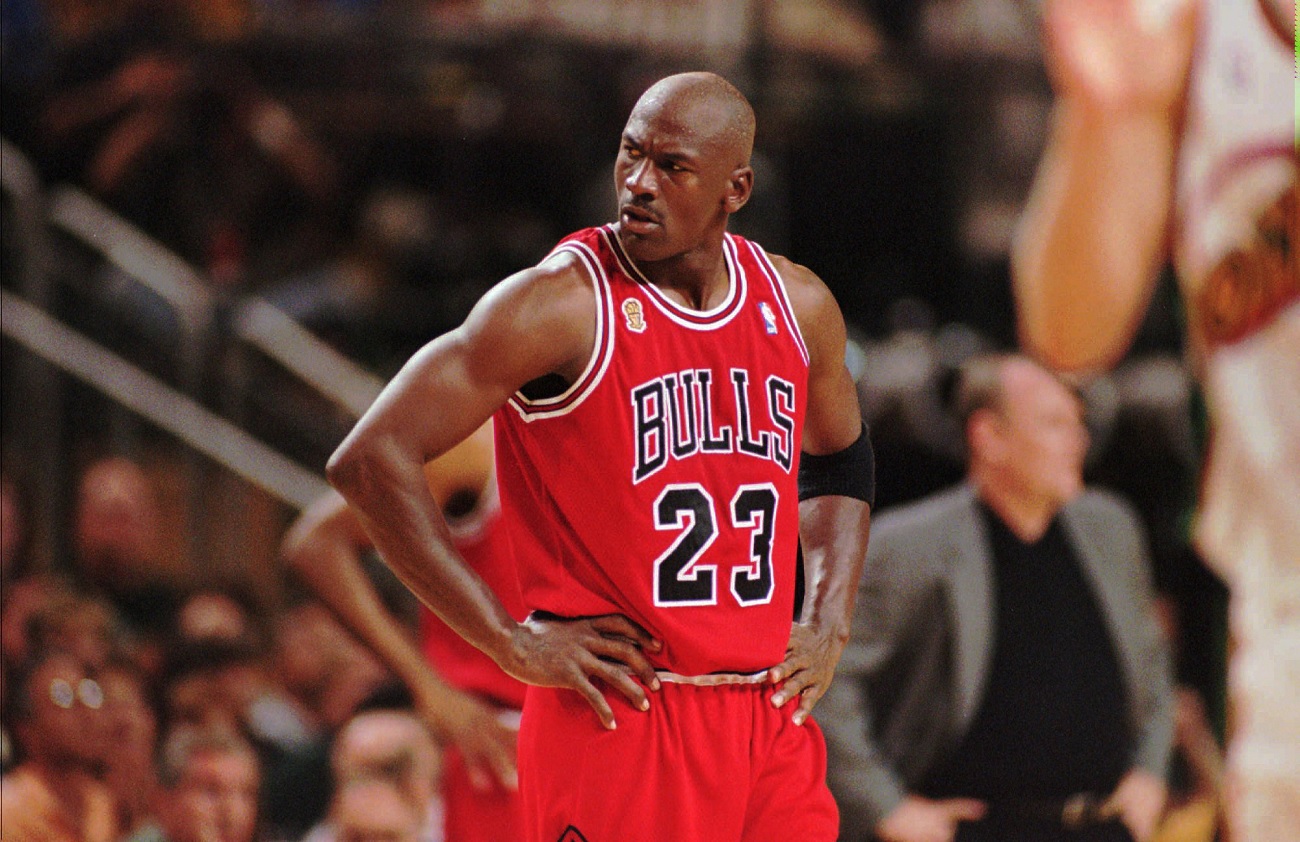 One thing we haven’t seen much in The Last Dance is an emotional Michael Jordan. Even in the beginning of Episode 7, which covered the murder of Jordan’s father, MJ remained composed. But at the end of that episode, we saw Jordan overwhelmed and needing to take a break.

The final portion of the episode dealt with Jordan’s reputation as a domineering teammate. Practice footage showing him berating his fellow Bulls and interviews with players painted an unflattering image of Jordan.

“Let’s not get it wrong,” former Bull Will Perdue said. “He was an asshole, he was a jerk. He crossed the line numerous times.”

Jud Buechler said teammates were “afraid” of Jordan, and it would be hard not to be after he punched Steve Kerr in a practice.

The whole sequence paints Jordan as a bully and makes you wonder whether all the success the players enjoyed would be worth having to deal with Jordan’s abuse.

Jordan’s response is one of the most interesting portions of the film thus far. He says he was just holding his teammates to the same standard he held himself.

“You ask all my teammates, the one thing about Michael Jordan was, he never ask me to do something that he wouldn’t f—ing do,” Jordan said.

“Look, I don’t have to do this,” Jordan continued. “I’m only doing it because it is who I am. That’s how I played the game. That was my mentality. If you don’t wanna play that way, don’t play that way.”

And then Jordan, fighting back tears, asked to excuse himself.

The story behind that moment is also quite interesting. Director Jason Hehir said on ESPN’s Jalen & Jacoby Aftershow that the scene occurred just 45 minutes into his first interview with Jordan. It was only the beginning of the process, but Hehir knew right away that this moment would be an important part of the film.

They would eventually speak on camera for a total of eight hours and Hehir saw Jordan’s vulnerability there as an indication that nothing was off limits in the rest of their conversations.

While the film has been criticized for its cooperation with Jordan, the display of emotion on MJ’s face is the clearest indication we’ve had yet over the course of eight hours that what we’re seeing is 100% honest.