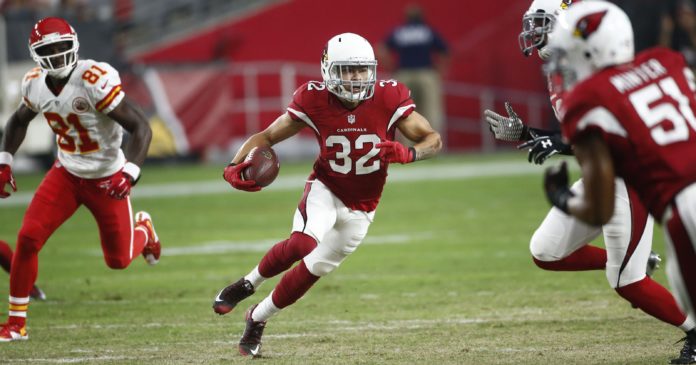 The Brian Gaine era has officially begun. Gaine, the Texans new general manager has been tasked with addressing the needs of the franchise without a first or second round draft choice (Deshaun Watson trade). The Texans have multiple needs, starting in the offensive line, secondary, wide receiver and back-up quarterback. The NFL free agency period has begun and to his credit, Gaine and the Texans have come out swinging.

In a recent press conference, Gaine discussed what criteria he was looking for when evaluating potential free agents.

“No. 1 was each member that’s here today, each guy that’s here has playoff experience from the 2017 season. They know what winning football looks like and we’re bringing that into our locker room,” Gaine explained. “That’s an important element here that we want to add to our team. No. 2 was versatility and position flex. Each one of these guys has demonstrated that performance on Sundays – their ability to play other positions other than the position one that they’re coming here to play and to contribute for the Texans.”

“We have a young quarterback that we feel has a promising future. We had to make a good, strong commitment to the offensive line,” Gaine continued. “The other thing was, with the return of the pass rush, we had to find another element that would help us in the secondary.”

For Aaron Colvin, a former division foe from Jacksonville, the Texans potential to be a dominating defense is apparent.

“I’m very familiar with the defensive line, playing against them for my first four years,” Colvin shared. “The work speaks for itself. You got guys like J.J. (Watt), (Jadeveon) Clowney of course, (Whitney) Mercilus, all those guys can play. It’s going to be an honor to be able to cover my guy so those guys can make plays and get sacks. That’s just the goal. Rush and coverage always go together, and I truly believe that.”

With so many new faces along the offensive line former Kansas City Chief Zach Fulton discusses the need for the group to create chemistry.

“It’s pretty tough, but as an offensive line, you always want to build chemistry any way that’s possible whether it’s doing stuff off the field or stuff in the community,” Fulton said. “It’s going to be pretty tough but I think once we get that down through the offseason program, we going to be pretty good.”

“I think it’s important to your game, if you’re trying to add tools to your game, because then not only do you know one spot, you know two or three or four other spots,” Kelemete explained. “My spot is wherever they need me to be. I’m going to compete at whatever spot they put me at and we’re going to take it from there.”

The Texans are making strides to improve and so far they’re making solid strides in the right direction. With 6 weeks before the draft, we’ll see what moves Brian Gaine comes up with next.