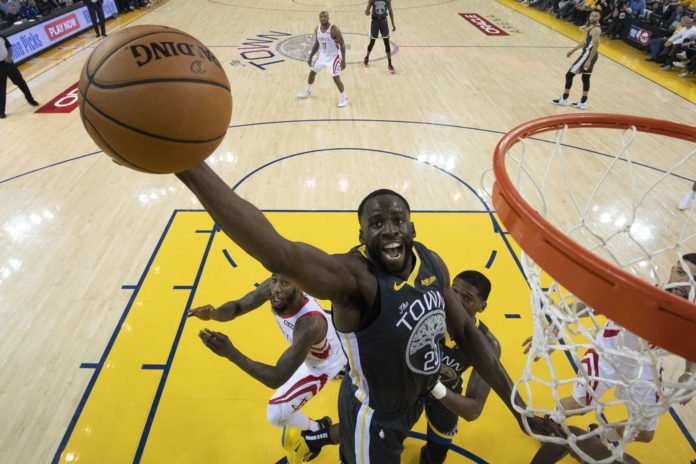 A ton of people across America tuned into Saturday night’s Western Conference Playoffs battle between the Golden State Warriors and Houston Rockets, making it the highest-rated primetime NBA Conference Semifinals game broadcast since 2011.

Game 3 of the battle between teams led by reigning MVP James Harden and Kevin Durant brought a 20 percent increase in viewership in comparison to last year’s ratings of the same time slot. The game brought in a 5.5 metered market viewing rating and peaked at 7.3 around 11:00 p.m est.

Deadline details the Bay Area home market for the Warriors yielded an 18.2 rating for the game and the Houston area returned 11.8.

With six games airing on the ESPN and ABC networks, the Conference Semis are averaging 4.1 metered market rating, which is a 21 percent increase from the 2018 playoffs. The night marked the second night in a row for an increase.

On the court, the Rockets and Warriors delivered a reason to stick around. The two teams are favorites for emerging from the Western conference and competed in an overtime thriller. The Rockets emerged victorious 126-121, behind a 41 point, 9 rebounds and 6 assist performance from Harden. Swingman Eric Gordon chipped in 30 points for his playoff career high. The win was the first for the Rockets in this series.

For the Warriors, Durant continued his sizzling shooting from the floor and dropped 46 points in 50 minutes on the court.

The Rockets and Warriors will lace up their sneakers again in Houston for game four on Monday. The game’s broadcast will shift from ESPN and ABC to TNT. The next games to air on the ESPN family of networks will be two potential game six battles between the Toronto Raptors and Philadelphia 76ers and the Denver Nuggets and Portland Trailblazers. The Sixers and Blazers currently lead those series.

In June, the 2019 NBA Finals will air on ABC for a seven-game series to crown the kings of the NBA for this season. 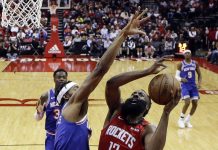 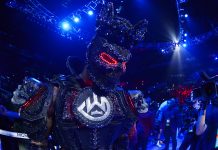